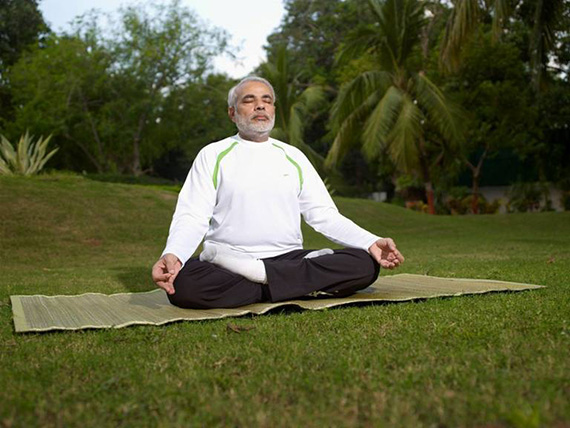 Living up to his promise to promote India's therapeutic traditions, Prime Minister Narendra Modi created a ministry of yoga and alternative therapies for the country this week.

Reuters reports that the AAYUSH portfolio will include traditional medicines and practices of ayurveda, yoga, naturopathy, unani, siddha and homeopathy. Shripad Yesso Naik was appointed to head the ministry.

"This is our system and it has not received enough prominence. We will take it to the masses," Naik said on Tuesday, according to Reuters.

India's prime minister is known as an avid yoga fan.

Modi used his September address to the United Nations General Assembly to promote the practice and call on member countries to mark June 21 as International Yoga Day.

"Yoga should not be just an exercise for us, but it should be a means to get connected with the world and with nature," Modi said at the U.N. "It should bring a change in our lifestyle and create awareness in us, and it can help fighting against climate change."

India's mission to the U.N. has started preparing a draft resolution on the topic of International Yoga Day and will push for its adoption by the end of the year. So far, the resolution has received support from countries like the United States, China, Nepal, Bhutan and Canada.

The formation of the AAYUSH ministry is part of a major cabinet reshuffle in which Modi added 21 ministers to his government. In a key shift, his reforms include the separation of the finance and defense portfolios.