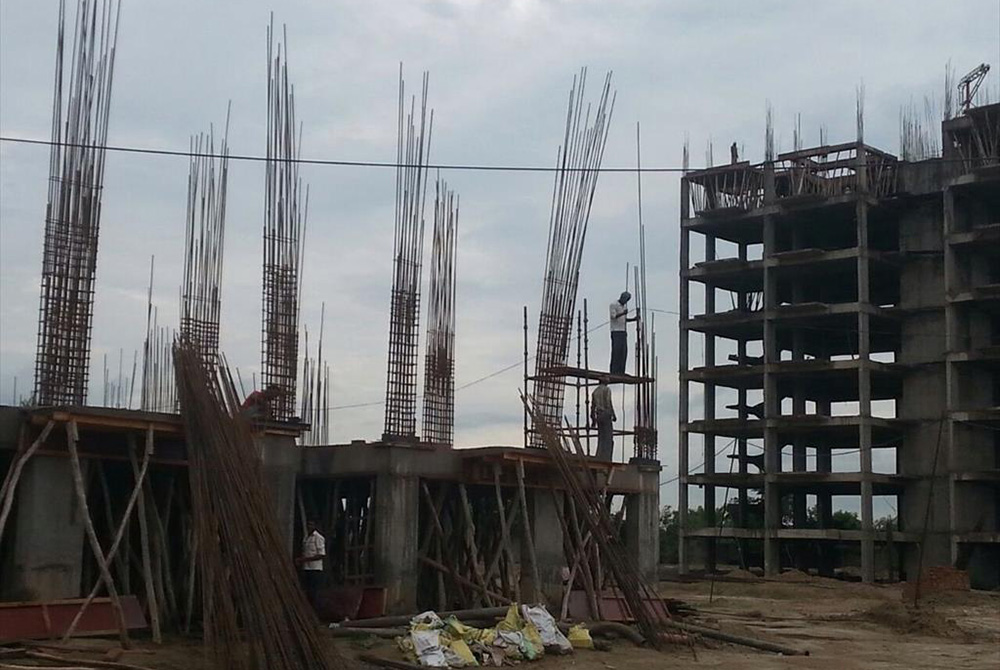 Recently, devotees of Vrindavan started a petition asking Prime Minister Narendra Modi to control the town’s “modernization”, as they think it is neither suitable to the holy place, nor sustainable.

In their petition, which they encourage everyone to sign, they state:

“Vrindavan is a 5,000-year-old historical town of Lord Krishna. Its very identity was its forests, peacocks, cows, dust and Yamuna that flowed in all its glory providing for the residents in abundance.

Some 5-10 years ago the local government decided to “help this town” by urbanizing it. They decided to built concrete roads all around Vrindavan. Today thousands of cars run into the town everyday on these fast concrete roads, polluting the air to the extent of causing allergies and breathing problems, non stop loud honking and vulgar music blares all day from this traffic, ignoring the sanctity of the place. Hours of traffic jam especially on the weekend makes it impossible for the pilgrims to do parikrama. There is no fear of traffic law and drivers drive rashly many times injuring and leaving people and animals dead.

According to many in Vrindavan, modernization has reduced this place to a weekend spot for tourists instead of a sacred place of pilgrimage.

The plastic and other waste is strewn unrestrictedly in the streets of this holy town by the visiting tourists. The holy cows feast on the plastic trash that results in their slow and painful death because all the grazing land has been occupied by the greedy and rich land mafia. There are Babas, Rishis and renounced devotees that are now struggling to keep their ashram land from the mafia. The irony is that Vrindavan gets maximum foreign tourists every year and they all come and see this side of India!

The second “help” by the government was to allow unplanned construction, turning Vrindavan from a rich forest into a dry concrete jungle. Thousand-year- old trees and forest areas have been cleared to build concrete buildings for profit reasons. Building owners are selling their flats, all in the name of Krishna, as if Krishna has become some advertising company and devotion is available for sale!

Religious organizations are trying to build bigger and taller temples, with big colorful lighting and show but what is the point? Cows carved out of stone are for display when the real cows are dying outside the gates of these temples due to hunger! Probably these temple builders know that by the time their temple construction is finished and thousands of crores spent, the cows will be extinct, so that is all what will be left for our future generations to see.

The historic river Yamuna is sulking into a drainage of waste from the city, without any consideration of it being a holy river. Many illegal colonies have been built even on the riverbank.

Modernization of this kind is neither sustainable nor suitable. Please act before it is too late.

The list of problems is endless however, complaining is not the purpose of this letter. Many NGOs in Vrindavan have been working in this direction for many years however nothing substantial can be achieved until the government intervenes.

Here are a few things that the government can do immediately to actually help improve the situation:

* Make a compulsory car parking at Chatikara for outside cars, not allowing traffic to rush in, especially on weekends.

* Strict traffic laws and parking laws be introduced, auto stands should be created that will prevent traffic jams and prevent auto drivers from parking wherever they want.

*The license for rash drivers should be cancelled immediately.

*Proper sewage system be built so that the town’s trash is not drained into Yamuna River.

* Gochar bhumi (grazing land) for cows that needs to be provided by the government.

* Government should occupy lands and reserve it purely for forest areas and plant trees in the area.”