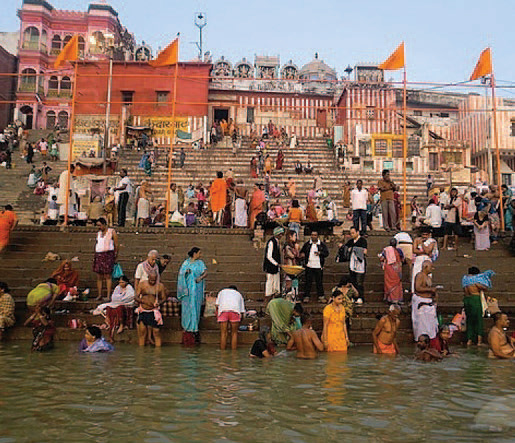 Will treat Sutlej on par with Ganga: Centre New Delhi (TIP): The Centre has decided to treat the Sutlej river on par with the Ganga. Punjab Chief Minister Parkash Singh Badal, who on June 12 called on Water Resources Minister Uma Bharti and Agriculture Minister Radha Mohan Singh, said the Centre had decided to treat the Sutlej at par with the Ganga, which is being cleaned under the prestigious National Mission.

New Delhi (TIP): Water resources minister Uma Bharti has announced plans to convert the “Ganga Cleaning Mission” into a jan andolan or mass movement. Participants in a brainstorming session in July will include, she said, lawmakers from constituencies through which the mighty river flows, sadhus (sages) and “all those related to the cause of the Ganga.” She has promised a plan by October this year. The “Ganga Manthan (introspection)” would include Prime Minister Narendra Modi, Ms Bharti said today.

“MPs and MLAs who come from seats falling along Ganga will also be part of this manthan. Narendra Modi is the MP from Benares. So obviously he is a prominent part of this exercise,” she added. Cleaning up the Ganga River was a promise that Mr Modi had made while he was campaigning during the Lok Sabha elections in Varanasi. The new government’s resolve to clean the river was part of President Pranab Mukherjee’s speech to the joint session of Parliament on June 9 too.

“River Ganga is a part of our rich cultural heritage, a symbol of faith and the lifeline for millions,” President Mukherjee said, adding, “However, Ganga continues to remain polluted with many stretches of the river becoming dry in the lean season. My government will take all necessary steps to ensure a perennial, clean and pristine Ganga.” Her ministry, Ms Bharti said, would take up the task of cleaning up others rivers too, such as Yamuna.

“The same parameters will apply for cleaning and purifying the rivers, but this will not be possible without a jan andolan,” she said. The government has already formed an inter-ministerial group, comprising the ministries of environment, tourism and shipping, besides water resources, to pool their resources for cleaning Ganga river, which figures high on the Prime Minister’s “to do” list. It held its first meeting on June 6. MPs and MLAs who come from seats falling along Ganga will also be part of this manthan. Narendra Modi is the MP from Benares. So obviously he is a prominent part of this exercise.