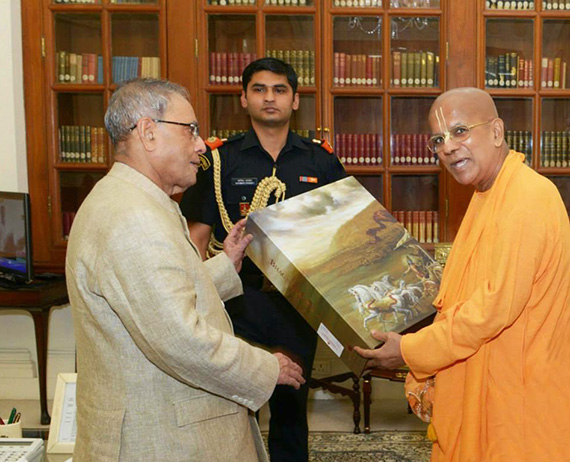 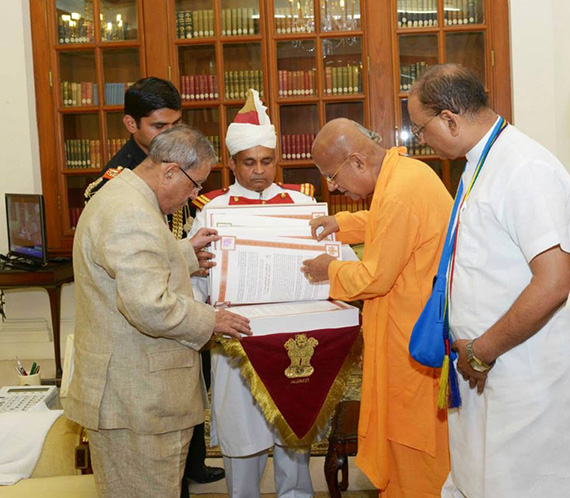 ISKCON Governing Body Commissioner and Bhaktivedanta Book Trust (BBT) trustee Gopal Krishna Goswami met the honorable President of India, Mr. Pranab Mukherjee on 12th June, 2014 at the President’s official residence in New Delhi and presented him the BBT’s deluxe edition of the Bhagavad Gita As It Is along with the maha-prasad of Their Lordships Sri Sri Radha Parthasarathi.

On receiving the Gita, Mr. Mukherjee personally browsed through it appreciating its beauty all the while Gopal Krishna Goswami briefed him about this unique limited edition which is printed on Garda-Pat ivory paper produced in Verona, Italy at Fedrigoni, an ancient paper mill established in 1888. The Gita with its high-quality artistic hand-made binding and artwork is surely a treasure to have.

Gopal Krishna Goswami thanked the President for inaugurating ISKCON’s Pune center last year and invited him to inaugurate ISKCON upcoming center in Kanpur later this year, and presented him with a brochure of this 12 acre project and explained him the different activities that would be held there.

Mr. Mukherjee expressed his pleasure to open the temple as “ISKCON is a good organization doing good work”.
Gopal Krishna Goswami thanked the President for accepting the invitation and before the meeting ended, a group photo was taken along with ISKCON Communications team of Vrajendranandana Dasa and Yudhistir Govinda Dasa. 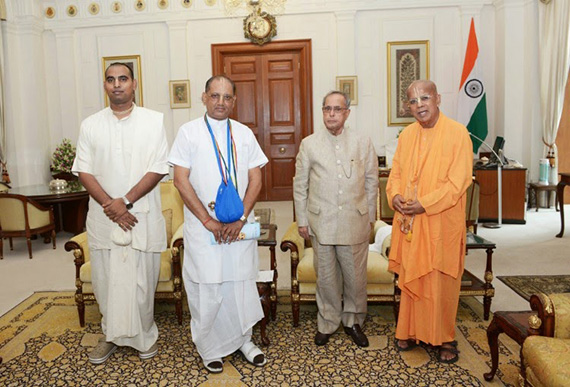