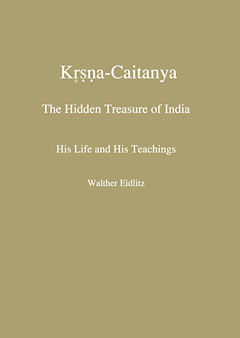 my name is Katrin Stamm (Kalakanthidasi) and as co-editor and co-translator I would like to announce that an English translation of Walther Eidlitz' (Vamandas’) famous German work "Krishna Caitanya, Sein Leben und Seine Lehre" (Stockholm 1968) is now available in book form and can be ordered via our website:

"Krishna-Caitanya, the Hidden Treasure of India, His Life and His Teachings"

You can also have a preview on that website, read a summary and reviews in order to find out whether the project is worth supporting (see also below).

Walther Eidlitz (1892-1976) was an Austrian author who met a German Vaishnava, Svami Sadananda Dasa (Ernst Georg Schulze) while he was interned in India during the Second World War and who became his shiksha disciple. This meeting is beautifully described in his biography "Unknown India" (1952).

The English edition of his work on Caitanya that is presented now is a revised edition, which includes later corrections by the author and some additional explanations and translations from the original sources, provided by his guru, Svami Sadananda Dasa. Svami Sadananda Dasa was an early disciple of Bhaktisiddhanta Sarasvati and was initiated in 1934.

According to the author it is the intention of his work to let the spirit of the sources become alive. His work is the result of thirty years of study of which nine years were spent in India.

The first part of this work, “The Indian Concept of the Revelation of God”, displays in manifold scenes – some of great artistic beauty – the play of the One God as Rama, Narasinha and Krishna.

In between, a concise account of the psychology of Divine Love is given. The eternal continuous outpouring stream of this Love that floods back to its source as serving knowing love (bhakti) is described and the Eroticism of the Absolute is clearly set apart from mundane eroticism. Chapters about the significance of Krishna Caitanya within the Indian Revelation of God follow.

The second part of this work presents extensive excerpts of the early sources of this new Play of God on Earth as Krishna Caitanya that were, in 1968, for the most part, for the first time translated from Sanskrit and Medieval Bengali into a European language.

In the appendix chronological tables are provided as well as an account of the divisions of the Veda according to the tradition itself, a chapter on the language of the Bengali sources, a bibliography and an extensive verification of sources.

If you know friends, students or scholars (or libraries) who could be interested in studying this still, after 40 years, groundbreaking work on Gaudiya Vaishnavism, we would be glad if you could help to spread this announcement.

We have published this work on our own expense and have no marketing machine, but verbal propaganda. Yet we believe that it belongs to the standard works on Vaishnavism and should be available to all those who study this subject either for academic or personal purposes. We hope this announcement will spread slowly but safely. 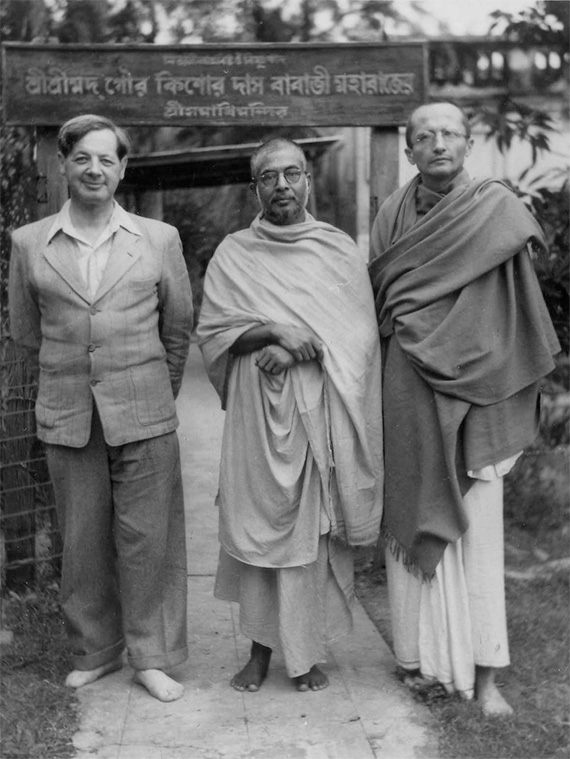 Vamandas, Shri Bhakti Vilas Tirtha Maharaja (the head of the Caitanya Math in Mayapur) and Sadananda in 1951 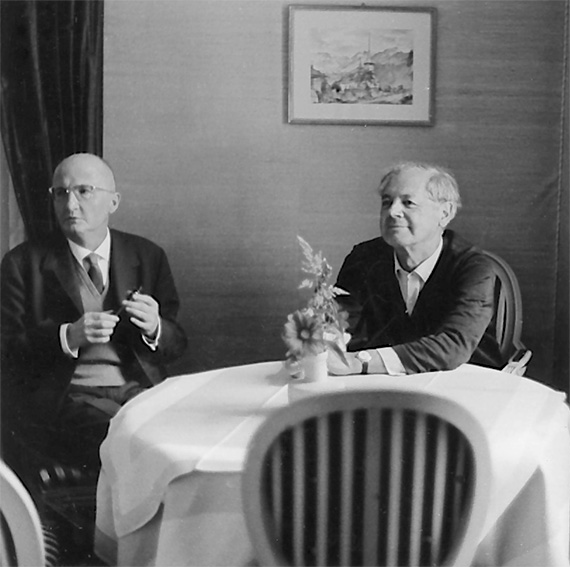 Sadananda and Vamandas in Basel in the early Sixties 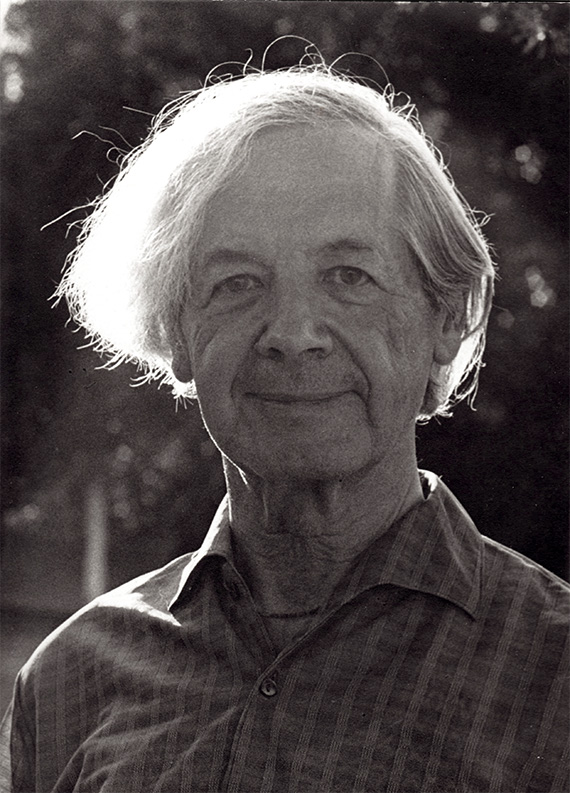