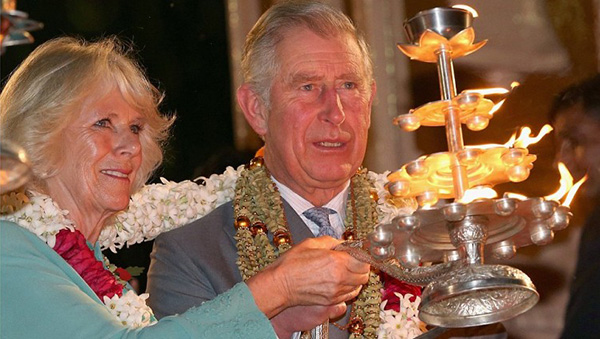 Prince Charles and the Duchess of Cornwall tonight took part in a solemn ceremony of thanks with Hindus on the banks of the River Ganga.

In the holy Hindu city of Rishikesh, the prince led his wife by the hand to the banks of the sacred river where they joined Hindu worshippers conducting the Aarti ceremony.

It is performed by devotees every sunset who wave oil lamps burning ghee – a symbolic thank you to God for lighting the world.

The couple were welcomed by the Hindu guru Swami Chidanand and his leading disciple Sadhvi Bhagawati Saraswati, both dressed in orange robes, who draped a garland of marigold blooms around their necks and strings of beads.

With the foothills of the Himalayans looming in the distance, Charles told gathered trainee priests and their leaders: ‘It’s a particular joy to join you here on the banks of the Ganges this evening because it is, above all else, my first visit to the Ganges and so from that point of view it is a very special occasion for both myself and my wife.

‘But we also wanted just to stress how deeply we felt for all those people who suffered so dreadfully as a result of the awful floods in June – our thoughts and prayers were so much with those families who have had to suffer the appalling catastrophe.’ 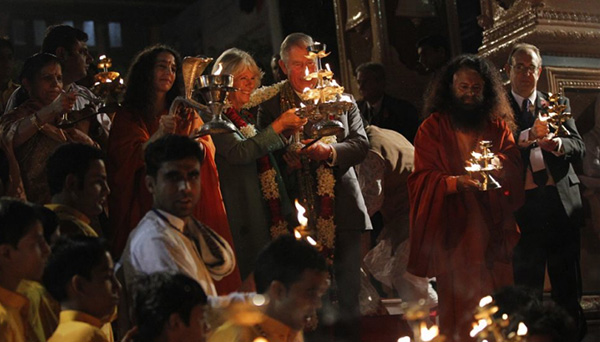 The devastating floods are estimated to have killed 5,500 people with many deaths in the northern Indian state of Uttarakhand, the first stop on Charles and Camilla’s tour, and forced tens of thousands to be evacuated during the summer.

The heir to the throne added: ‘It seems to me the key to our future is to rediscover our connections with nature, for too long we seem to have ignored the services that nature provides us.’The prince told how the birth of his grandson Prince George, in July, had given him a reason to redouble his efforts on working to help preserve the planet.

‘And now that I’ve just recently become a grandfather, I think it means even more when you have a grandchild to think of their future and all the futures of other grandchildren around the world, we owe them I think something a great deal better for their futures as well.’ 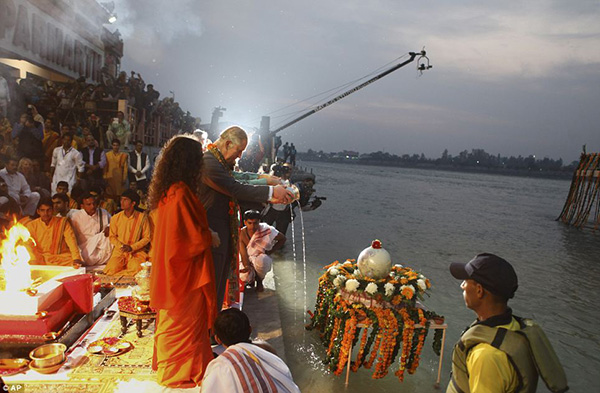 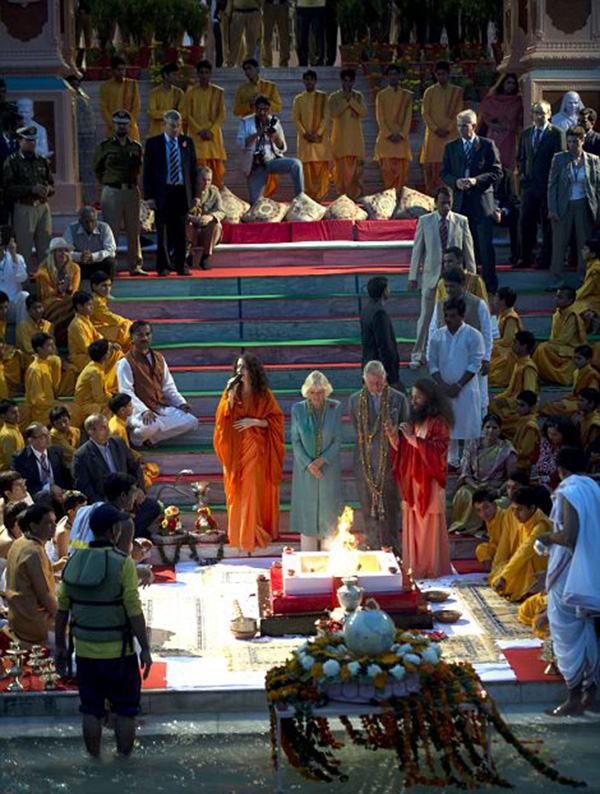