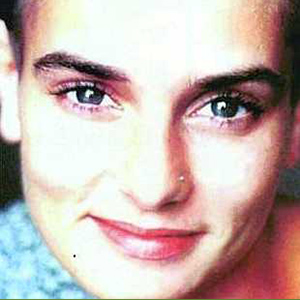 So.. am back. Landed at ten to eleven in the morning. Nice journey, though extremely sleepy. Lovely Karnamrita Dasi, singing her gorgeous Devaki song (watch it below) was happy making so early in the morning.. Christ, its so beautiful that song its unreal. Someone sent it to me last summer when I was really unwell and it absolutely changed my life course. Totally changed how I was seeing life and death.

I loved Hinduism (i can’t bear ‘isms’ though) since I was in London.. and always had earmarked it for study but not got around to it. Did twice read Autobiography Of A Yogi though when I was in my twenties.. totally rocked my world.. completely flipped my thinking and understanding of what gets called ‘God’.

If it was good enough for the Beatles too… it must be good enough for anyone else.. Like.. George Harrison was not a stupid man. ah no but.. then last year I started reading a book about The Bhagavad Gita which is one Hindu sacred text. Its a section, I think… from a larger text called The Mahabarata. Its the coolest take ever on life and death there is. And on being who you were born to be. (within the boundaries of human decency). Trancsendence is the thing that helps you manage fear of life and death.. is what I picked up.. trancsendence in the Gita fashion.. from what i can glean.. is always living in every moment the certainty that you are in ‘the heavens’ or whatever u might call it.. and the earth at the same time. that the largest part of you.. you everliving soul.. lives constantly there and here so that almost.. there is no such thing as death.. death is just taking your clothes off ..Thats kind of what Jesus was saying I guess but from a different angle.. sher even Krishna is just the same name as Christ.

Anyway.. the hindu music.. oh my God… it can do strange and wonderful things to you…
Karnamritia Desi’s Devaki is a piece from the Gita.. I think.. certainly from hindu scripture about the conception and birth of Krishna..

wait til you hear the words… their equivalent of the Holy Spirit is the gorgeous Vishnu guy you see in background of the photo of me with guitar on site .. Guess what??? They say he (it) lives in the core of all people’s hearts. How cool is that??? And… he’s blue! and he has four arms! and wears tonnes of make up.. and has a wife who is also a goddess!

So much more cheerful than christianity can sometimes be

They say if when you’re dying you focus on Krishna you will end up with him.. thats why I got `Vishnu painted on my wall cus I wanna end up with him and I figure its a bit of a stress prolly when ur dying, trying to remember what to focus on.. so when I’m an old lady and its time to go i’ll be pointing my bed at my Vishnu mural, which was Painted by a wonderful young man by the name of Shane Berkery, and telling everyone to stop crying and let me enjoy the journey.

I think Devaki is Krishna’s mum but I dunno… tellin u this so u know who the words is talkin about… But go you tube.. and watch it.. someone’s put beautiful images to it.. so much more uplifting than crucified horribly murdered poor men. I promise you. The song will change your life when u see the images too.

so here’s the words… in english.. but on the track its Sanskrit.. blow u away…
so while we miserable sinners catholics get born in all horror and sin and how bad we are etc… this is how Hindus see conception and birth of souls.

“The demigods and great saintly persons showered flowers in a joyous mood, and clouds gathered in the sky and very mildly thundered, making sounds like those of the ocean’s waves. Then the Supreme Personality Of The Godhead, Vishnu, who is situated in the core of everyone’s heart, appeared from the heart of Devaki in the dense darkness of night, like the full moon rising on the eastern horizon, because Devaki was of the same category as Sri Krishna”.