The Archaeological Survey of India (ASI) began restoration work on the Main Gate (Lion Gate) of Sri Jagannath Temple in Jagannath Puri. In March 2012 a big stone broke off from the main gate. Fortunately nobody was injured.

ASI started to investigate and found the Main Gate/Lion Gate of the temple was damaged by unauthorized construction just outside of the gate. Those buildings also attached with the gate and covered the beautiful view of the temple.

Starting in April 2012 those unauthorized buildings where broken down. Right now renovation work is going on and will be completed before Ratha-Yatra 2013. 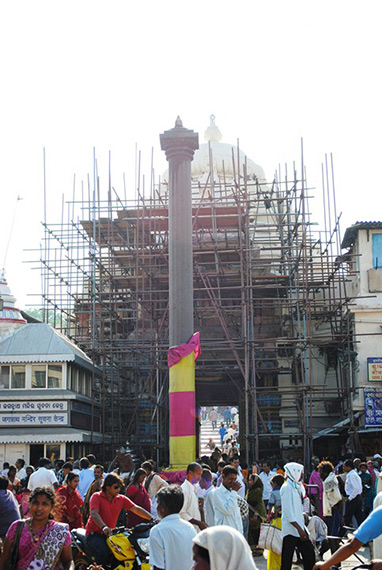