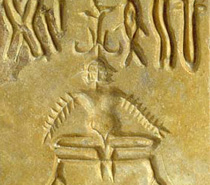 India represents one of the great civilizations of the world, with its own unique, diverse and profound culture going back many thousands of years. Notably, India has maintained the continuity of its culture perhaps better than any other civilization in the world, preserving its primary cultural and religious practices for over five thousand years. And this is going only by the preserved records in archaeology and written literature. By a proper reading of the Vedas and the Puranas we can get a glimpse of the primordial origins going back even before the ending of the last Ice Age.

The civilization of India has always oriented itself to the spiritual life, the liberation of the spirit, as the main goal of human existence. This we see in its many great yogic, religious and philosophical traditions, and in the many yogis, sadhus, mystics and sages it has produced in every generation. Whether it is meditation, yoga asanas, mantras, chanting ritual or prayer, we find all such higher subjects taken up in great detail, depth and comprehensiveness, Certainly, at a spiritual and yogic level, India can claim to be the great mother of world civilization. We find this same focus in ancient India, wether in figures in yoga postures on ancient Harappan seals or great Vedic chants to the cosmic powers.

Yet the civilization of India was rich not only spiritually but also materially. It had great wealth in agriculture, textiles, gold and gems that made it a goal for traders worldwide. It was this search for the legendary wealth of India which motivated Columbus to sail towards America in the first place and which had earlier brought Roman, Greek and Babylonian traders to the region.

According to economist Angus Maddison in The World Economy: A Millennial Perspective the region that today comprises of the Indian Subcontinent held the largest share of the world's gross domestic product until the end of the 16th century. (India was the richest for over 75% of the world's counted calendar of history.)

Ancient India also had a powerful warrior class and its own traditions of martial arts. Complementary to the spiritual dharma was a kingly dharma to protect those leading the spiritual life and to maintain peace and prosperity for the entire region. But India did not create a cult of foreign conquest. Even the king had to bow down before the ascetic and the renunciate and to retire to the forest for spiritual practices in his later years.

India today carries on this ancient spiritual and cultural heritage, which is developing anew in modern world since India's return to its independence as a nation. India's gurus travel worldwide, with followers in every land, bringing deeper spiritual practices of yoga and meditation to all people. India's scientists are renowned worldwide for their skill and reliability. Its merchants are once more contributing to global prosperity and competing successfully in all the major cities of the world.

We will trace this great cultural current from its source at the beginning of what we know as history, and try to understand the forces and events that have shaped it and caused it to be what it is.