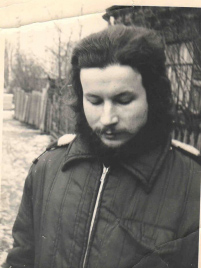 Ananta Shanti das (Anatoli Pinyaev), the first Russian disciple of Srila Prabhupada, has left his body on June 3rd, 2013, as a result of a stroke.

After a few months he received initiation from Srila Prabhupada, and Ananta Shanti started to preach actively.

In the 1970s he inspired hundreds of people to practice devotional service.

In the beginning of 1980s he was arrested by the KGB for his preaching and put into psychiatric hospital for 6 years. There Ananta Shanti das continued to chant the Maha-mantra, follow the 4 regulative principles and preach.