In many rural areas of India it is still common practice to apply a mixture of cow dung and sand on floors & walls. The benefits of cow dung are manifold: 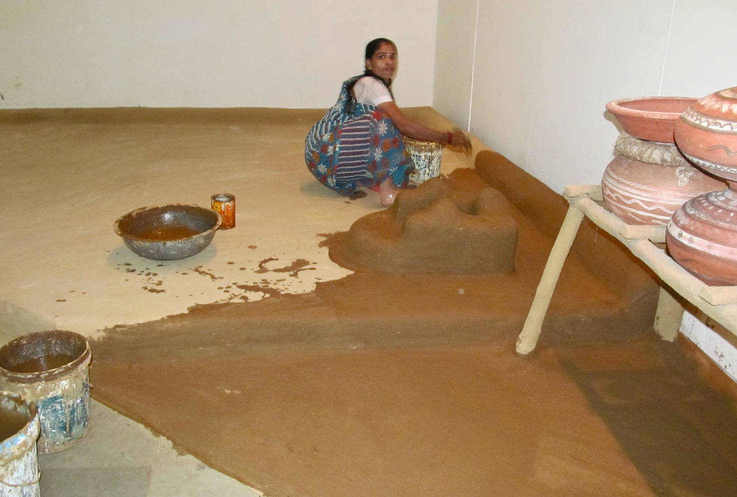 Cow urine has many benefits as well and is widely used for therapeutic purposes in traditional Indian medicine.

According to Srila Prabhupada, cow products are a requirement in all ritualistic ceremonies:

“Pañca-gavya, the five products received from the cow, namely milk, yogurt, ghee, cow dung and cow urine, are required in all ritualistic ceremonies performed according to the Vedic directions. Cow urine and cow dung are uncontaminated, and since even the urine and dung of a cow are important, we can just imagine how important this animal is for human civilisation…” A.C. Bhaktivedanta Swami Prabhupada on Srimad Bhagavatam 8.8.11

Human waste on the other hand does not possess these qualities. Compared to cow dung It is considered impure, not only by Hindus, but also by biblical standards:

“Very well,” he said, “I will let you bake your bread over cow dung instead of human excrement.” Ezekiel 4.15

It was revealed by independent news media that Israel is using military vehicles to spray raw human waste unto Palestinian homes in occupied territories.

Human waste can cause the following health issues:

The Israeli government and radical jewish settlers gained a great deal of fame for committing human rights violations against a virtually defenseless people. Different methods are adopted to punish Palestinians (often children and women) for opposing 70+ years of violent occupation. But to my knowledge no other nation has ever engaged in such a disgusting and contemptuous practice.

It is quite surprising, that a people who themselves suffered a great deal in their past, would recreate hellish conditions for another people, who never posed any threat to them. Radical Jews justify their behaviour claiming that God has promised them a certain land several thousand years ago.

Wouldn’t it be ridiculous if India would argue that it ruled the world in the past (for a very long period in time), demanding that all other countries need to submit to Narendra Modi? But this is exactly what Israeli politicians are proposing. Mr Netanyahu, the Prime Minister of Israel openly argues that Palestine was promised to them in ancient times.

No doubt, Jews have suffered a great deal during the second world war. But is this a justification to inflict punishment unto a people, who had nothing to do with the crimes of Nazi Germany? Palestinians practically sheltered jewish refugees, who escaped the holocaust. Today only 15% of the original Palestinian territories remains inhabited by Palestinians. 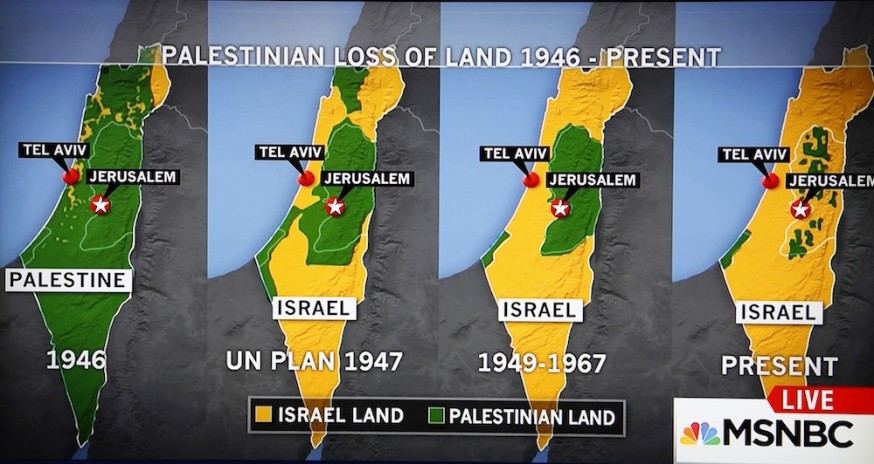 “Those who are demoniac do not know what is to be done and what is not to be done. Neither cleanliness nor proper behavior nor truth is found in them.” Bhagavad Gita 16.7

“The demoniac, taking shelter of insatiable lust, pride and false prestige, and being thus illusioned, are always sworn to unclean work, attracted by the impermanent.” Bhagavad Gita 16.10

“Self-complacent and always impudent, deluded by wealth and false prestige, they sometimes perform sacrifices in name only without following any rules or regulations.” Bhagavad Gita 16.17

“Attaining repeated birth amongst the species of demoniac life, such persons can never approach Me. Gradually they sink down to the most abominable type of existence.” Bhagavad Gita 16.20

Link: ‘Leave no one alive’: Senior rabbi calls for execution of all Palestinians
Link: BDS Movement