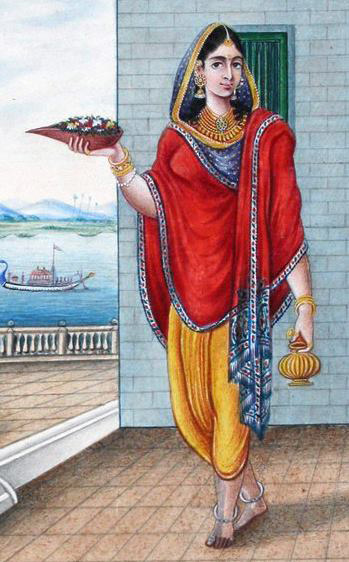 From a Letter by Srila Bhaktisiddhanta Saraswati Thakur Prabhupada

According to śāstra, everyone has a right to receive spiritual initiation. It is not confined to a particular sampradāya, as is the case with ordinary worldly initiation. I am quoting here some scriptural evidence. Kindly explain the meanings to paṇḍita mahāśaya.

The qualities of a candidate eligible for chanting these mantras:

Not only faithful twice-born brāhmaṇas, but also chaste ladies, pious śūdras, and others who are engaged in the service of their spiritual master, are qualified to be initiated into these mantras described in the Tantras.

In the Smṛti-artha-sāra, as well as the Padma Purāṇa, Vaiśākha-māhātmya, in a conversation between Sri Narada and Sri Ambarish, it is stated:

According to the path shown in the Āgama literature, the ladies and śūdras have the right to worship the Lord. They should perform such worship with great faith, thinking of their respective masters in their hearts.

For the śūdras the worship of the deity can certainly be done by chanting the names of the Lord, and all this is to be done according to the path shown in the Āgamas that follow the Vedas.

Even the ladies have a right in performing worship, etc., of Lord Vishnu, especially those who desire welfare for their husbands. This is the verdict of the eternal śruti.

Śūdras who are religious, who serve the brāhmaṇas,and who observe sacred vows, as well as chaste ladies, those born in intercaste families, and even dog-eaters, are eligible to chant the śrī rāma mantras.(Hari-bhakti-vilāsa, chapter 1, texts 194 to 198.)

In the Gautamīya Tantra it is stated in a general way:

Now I will describe the Krishna mantras, the chanting of which give results which are sometimes seen and sometimes unseen. By knowing these mantras, thoughtful practitioners can easily attain liberation.

The living entities attain the human form of life especially for serving the Supreme Lord. Animals cannot accept spiritual initiation and only human beings are eligible for it.

Acceptance of initiation is eternal. It is stated in the Āgama literature:

Just as a brāhmana boy is not qualified to perform his occupational duties and study the Vedas if he is not initiated, so a person who has not taken spiritual initiation is not eligible to chant spiritual mantras and worship the Supreme Lord. By accepting initiation into Vishnu mantras, one makes himself worthy of praise even by Lord Shiva. Just as one cannot separate oneself from worshiping the Supreme Lord, one cannot separate oneself from accepting initiation.

In a conversation between Brahma and Narada recorded in the kārtika-prasaṅga section of the Skanda Purāna, the following statement is found:

Those who on attaining initiation as a servant of Hari do not worship him, such people certainly are animals in the form of humans in this world, what is the use of their lives?

In a conversation between Rukmangada and Mohini, the following statement is found in Viṣṇu Yāmala:

O beautiful one! All activities performed by an uninitiated person are useless. Not only that, but after death such a person receives the body of an animal. (Hari-bhakti-vilāsa 2.3-6)

This is described in Śrīmad Bhāgavatam:

The spirit soul is neither male, female, nor neuter. The living entities that are forced to enjoy the fruits of their karma consider themselves to be male or female due to forgetfulness of their constitutional position and accept their material body as the self. But learned persons do not.

One who identifies his self as the inert body composed of mucus, bile, and air, who assumes his wife and family are permanently his own, who thinks an earthen image or the land of his birth is worshipable, or who sees a place of pilgrimage as merely the water there, but who never identifies himself with, feels kinship with, worships, or even visits those who are wise in spiritual truth—such a person is no better than a cow or an ass. (Bhāg.10.84.13)

Because they are bewildered by the illusory energy of the Supreme Personality of Godhead, Yajnavalkya and Jaimini and other compilers of religious scriptures cannot know the secret, confidential religious system of the twelve mahājanas. They cannot understand the transcendental value of performing devotional service or chanting the Hare Krishna mantra. Because their minds are attracted to the ritualistic ceremonies mentioned in the Vedas—especially the Yajur Veda, Sāma Veda, and Ṛg Veda — their intelligence has become dull. Thus they are busy collecting the ingredients for ritualistic ceremonies that yield only temporary benefits, such as elevation to Svargaloka for material happiness. They are not attracted to the saṅkīrtana movement; instead, they are interested in dharma, artha, kāma, and mokṣa. (Bhāg.6.3.25)

Without understanding the teachings of Śrīmad Bhāgavatam and the concept of bondage and liberation, many people are bereft of the opportunity of receiving spiritual initiation. No learned follower of sanātana-dharma can disagree with the principal that every male and female has the right for spiritual initiation. The spirit soul is not a male or a female of this material world. There are many social and worldly duties which display their prominence due to a lack of the realization of one’s constitutional position. One is advised to surpass all those conceptions and proceed on the path of devotional service. (Letter from Sri Gaudiya Matha, Calcutta. 2 March 1929.)

— Excerpted, with a few verses retranslated, from Patrāmṛta, Nectar from the Letters, pps.44-48. Touchstone Media. Kolkata. 2012.