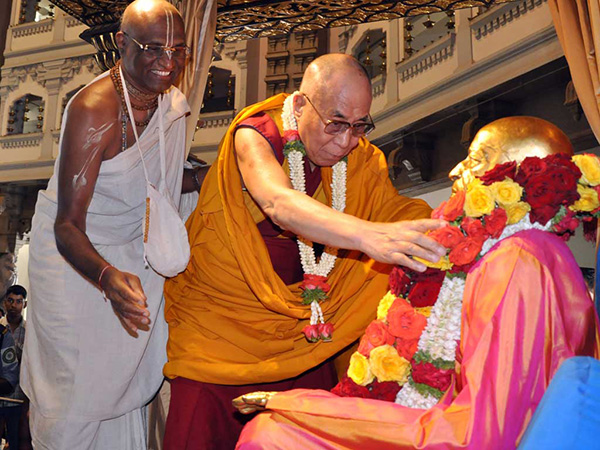 His Holiness the Dalai Lama – the spiritual leader of Tibet – paid a visit today to the Radha Krishna Chandra temple at the International Society for Krishna Consciousness (ISKCON) Bangalore, Rajajinagar as part of a cultural exchange initiative. His Holiness the Dalai Lama, while at the temple, said he was impressed by the peace and tranquility that encompasses the holy place and added that the mission of this non-sectarian movement in promoting the well being of society by teaching the science of Krishna Consciousness is admirable. 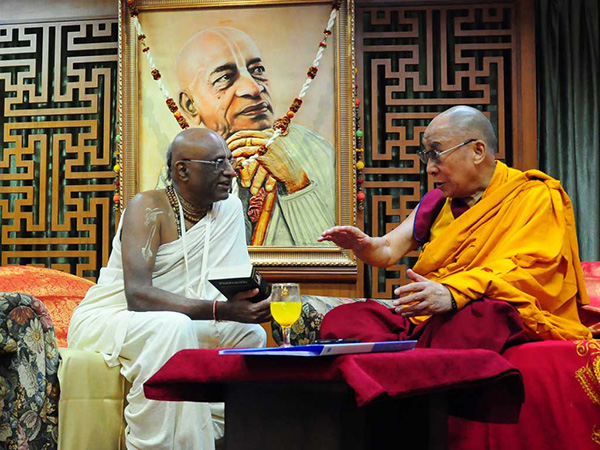 His Holiness Dalai Lama was welcomed by the Temple President Shri Madhu Pandit Dasa. After a brief visit to the main shrine of Shri Radha Krishna Chandra, His Holiness interacted with Shri Madhu Pandit Dasa on the need for spirituality, compassion and the role of spirituality in molding the behavior and thoughts of youth. The discussion also dwelt on the importance of promoting world peace and compassion. 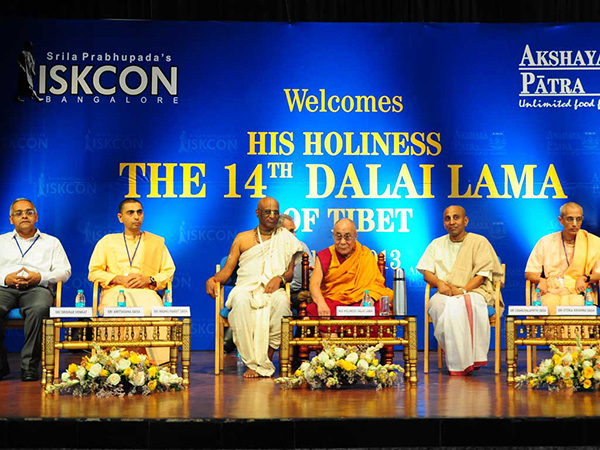 Shri Madhu Pandit Dasa said, “We are profoundly honored to welcome His Holiness the Dalai Lama to ISKCON, Bangalore. The encouraging words from His Holiness Dalai Lama reinforces ISKCON’s legacy as a centre deeply engaged in teaching spirituality.” 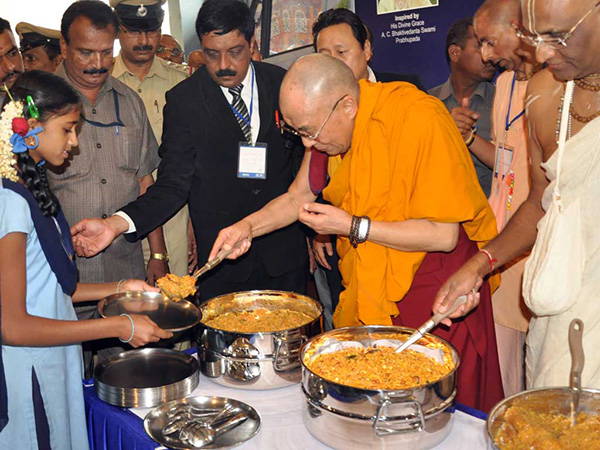 His Holiness appreciating the ISKCON initiated mid-day meal program through The Akshaya Patra Foundation, said, “The program has exhibited how compassion of the people combined with support from government can bring a wonderful and meaningful impact.” His Holiness also addressed the students who recently topped the Karnataka Board SSLC examinations, and other beneficiaries of the program. He served mid-day meals to a few students as a symbolic support to the program. 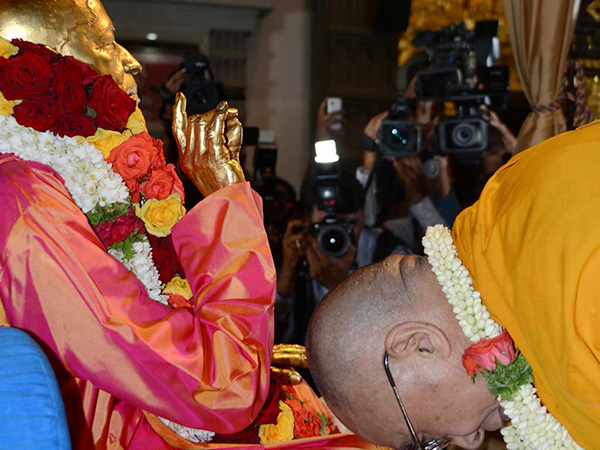 His Holiness has also expressed his appreciation of ISKCON’s founder Srila Bhaktivedanta Swami Prabhupada’s contribution to the world in spreading the spiritual teachings of India the world over. He also said that Srila Prabhupada Bhaktivedanta is truly a great ambassador of ancient Indian heritage.