People visit Jerusalem for the rich history, interwoven religious narratives and crumbling holy walls. They visit Europe for ornate churches with painted ceilings and golden trim. They visit India for peace of mind, finding serenity in its carved and colorful temples scattered along the sacred Ganges River.

But people rarely travel the U.S. in search of such sanctuaries. After all, what religious wisdom could America, a country still in its youth at 236 years old, have to offer?

Although the country may not have a reputation for religious landmarks, America is home to more than just secular city halls and strip malls. Whether or not you practice a faith, visiting these beautiful and historic U.S. religious spots may provide inspiration.

A name like Palace of Gold comes with high expectations, and this West Virginia shrine doesn't disappoint.

The Indian-inspired palace is expansive, with marble floors, crystal chandeliers, stained-glass windows, wood-carved furniture and walls covered in leaves of 22-karat gold. The grounds surrounding the building feature an impressive rose garden, a fountain, thousands of different bushes and a lotus-filled lake.

It's hard to believe this exquisite palace, which opened in 1979, was initially intended to be just a simple house.

In 1973, West Virginia devotees of the International Society for Krishna Consciousness, a Hindu organization more commonly known in the U.S. as the Hare Krishna movement, had decided to build a home for their leader, Srila Prabhupada.

But when Prabhupada died in 1977, the disciples' course of construction changed, and they began instead to build a memorial for Prabhupada. And with that, the elaborate Palace of Gold was born. 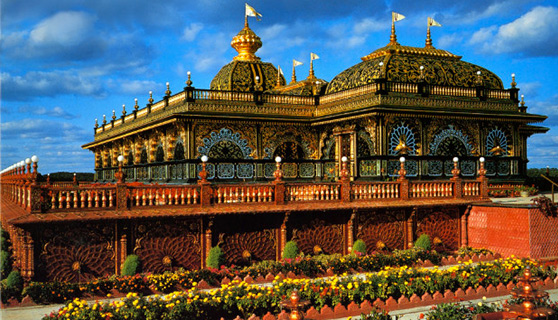 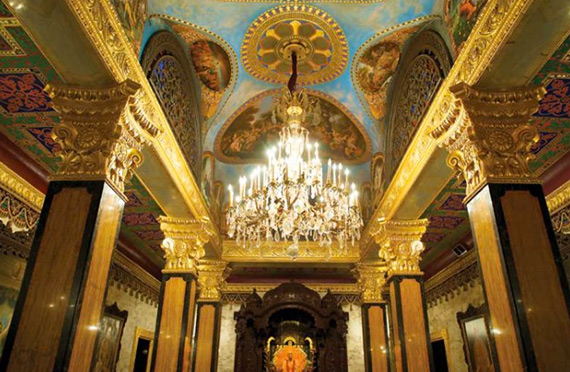