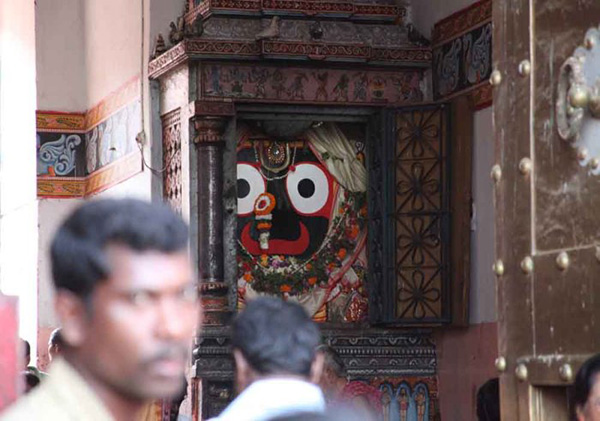 In the passage room of main gate there is deity of Lord Jagannatha called Patita Pavana (savior of the most fallen). It can visible from the road, so the “Non Hindus” can take darshana from outside.

With the world famous Rath Yatra coming up on July 10th, the Jagannath Temple administration is still undecided whether or not to allow non-Hindus to climb aboard the chariots during the nine-day mega festival.

While entry of non-Hindus into Jagannath Temple is prohibited, a controversy had surfaced last year as to whether they should be permitted to climb the chariots. The contentious issue assumed significance after the alleged assault on an American tourist on a chariot in front of Gundicha temple, on the second day of Rath Yatra last year. Though the temple administration had since roped in Puri Sankaracharya Swami Nischalananda Saraswati to iron out the issue, the matter is yet to take any final shape.

“We have not yet received any communication from the Sankaracharya,” temple’s spokesperson Laxmidhar Pujapanda said. “The matter would be raised in the ensuing managing committee meeting on July 3. Hopefully, we would arrive at a conclusion,” Pujapanda said. The Puri seer had already convened two meetings in the past one year to resolve the crisis, but it ended inconclusively.

“Since it is a religious matter, we have referred the matter to Puri Sankaracharya, who is consulting with servitors and religious scholars. The Sankaracharya will take a final decision,” Pujapanda said. He said religious scriptures, related to Lord Jagannath, are hazy about any rule. “The scripture only said pilgrims can have darshan of the Deities. But nowhere it has been written whether one can climb atop the chariot or touch the Deities,” he said. 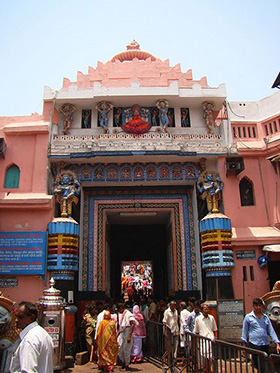 Shrine servitors, however, demand a ban on the presence of non-Hindus on chariots. “As per tradition, non-Hindus should not be allowed onto the chariots. Since Rath Yatra is nearing, the temple administration should come out with a clear communication at the earliest,” said Ramakrushna Dasmohapatra, a servitor.

Some foreign devotees said: “Rath Yatra is the only occasion when the Deities come out of the temple to give darshan to devotees, irrespective of any caste, class and creed. We should not be prevented from climbing the chariots.”

Meanwhile, a section of priests who had been opposing the temple’s decision of not allowing pilgrims to touch the Deities on chariots, gave some more time to the shrine officers to rethink their decision. “A final decision in this regard would be taken at the managing committee meeting on July 3,” said a temple officer. The Daitapati priests threatened to boycott rituals during Rath Yatra protesting the restriction.