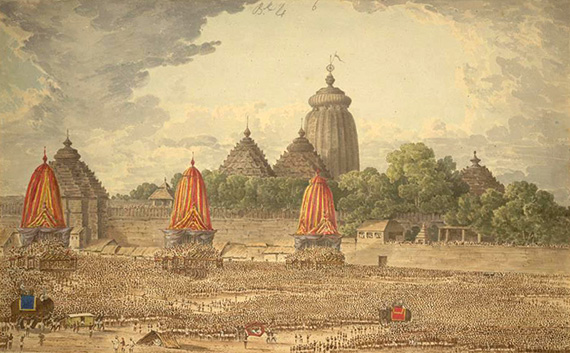 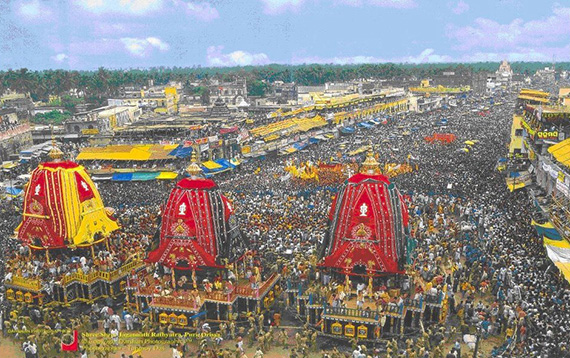 The Jagannath Temple in Puri is a famous Hindu temple dedicated to Jagannath and located in the coastal town of Puri in the state of Odisha, India. The name Jagannath (Lord of the Universe) is a combination of the Sanskrit words Jagat (Universe) and Nath (Lord of).

The wooden form of Jagannatha, Balabhadra and Subhadra are worshiped on or the temple. The temple is an important pilgrimage destination for many Hindu traditions, particularly worshippers of Krishna and Vishnu, and part of the Char Dham pilgrimages that a Hindu is expected to make in one's lifetime . The temple was built in the 11th century atop its ruins by the progenitor of the Eastern Ganga dynasty, King Anantavarman Chodaganga Deva. The temple is famous for its annual Rath Yatra, or chariot festival, in which the three main temple deities are hauled on huge and elaborately decorated temple cars.
The temple is sacred to the Vaishnava traditions and saint Ramananda who was closely associated with the temple. It is also of particular significance to the followers of the Gaudiya Vaishnavism whose founder, Chaitanya Mahaprabhu, was attracted to the deity, Jagannath, and lived in Puri for many years.