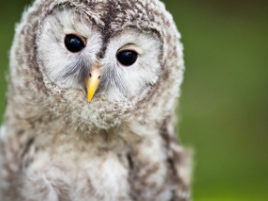 The documentary entitled Nature's I.Q. – Smart Animals Challenge Darwin has been released in English for download and for online streaming worldwide.

The film has been sponsored by the BBT, the Bhaktivedanta Institute, numerous individuals and companies, and produced by Karuna Productions and Media Development International, USA.

The documentary's main question: insects, birds and mammals carry out most of their behavior in a predetermined, instinctive way. But where do their mysterious, complicated behavioral patterns come from?

Presenting dozens of behavioral examples, and adapting the book`s basic idea to the screen with compelling visuals, footage of animals in the wild, and interviews with world renowned scholars Nature`s I.Q. the documentary intends to entice the audience to question what they thought, and were taught, to be unshakeable truth.

Meet the deceptive hunters, the cunning bluffers, the unlikely partners, the champions of timing, and the remarkable wanderers of the sky, and be prepared to witness that nature can be more unfathomable than contemporary science allows for.

For more information on the film visit: http://www.naturesiqfilm.com