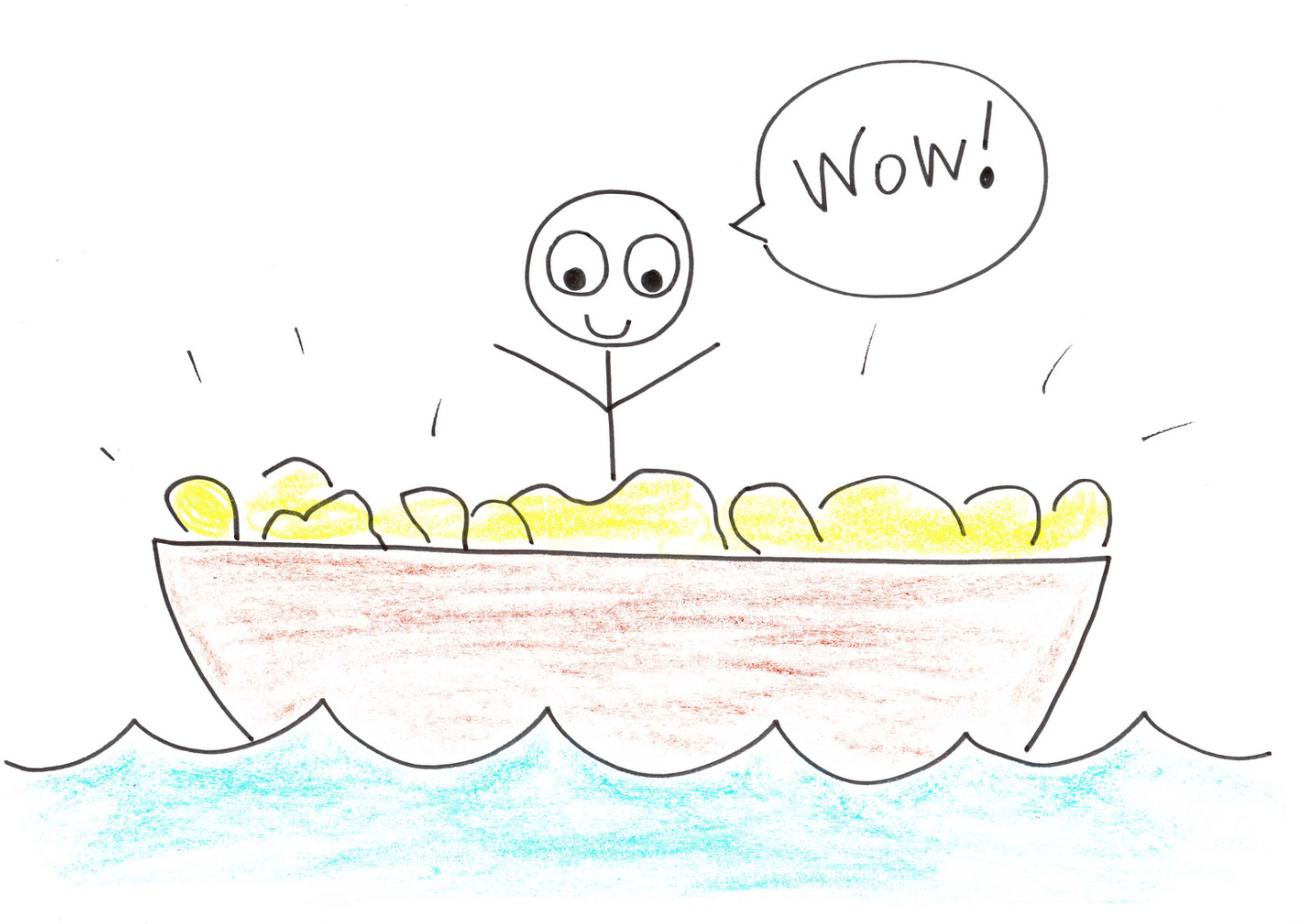 While reading Srila Prabhupada’s books, I’ve often puzzled over passages like this: “Charity is meant for the householders. The householders should earn a livelihood by an honorable means and spend fifty percent of their income to propagate Krishna consciousness all over the world” (Bhagavad-gita 16.3).

When I lived in the temple, I would repeat the phrase “fifty percent of your earnings” rather thoughtlessly. Now that I live outside and have in some ways come out of my ivory tower, I’m a bit more thoughful.

In speaking about “fifty percent,” Srila Prabhupada cites the example set by Srila Rupa Gosvami when he retired from household life. Srila Rupa Gosvami allocated half of his accumulated funds for Lord Krishna’s direct service, a quarter for his family members, and the rest for personal expenses and emergencies. Note that these were accumulated funds.

Lecture on BG 3.8-13 — New York, May 20, 1966: “Now, this Rūpa and Sanātana, when they retired from their service, they brought home gold coins (two boats full of gold coins). At that time there was no currency notes. Actual value gold coins were in… Now, that gold coins was about two and a half ounce weight. Just like imagine what is the value now, whatever it may be. That means the estimation is some millions of rupees they brought home after their retirement. And they divided the money in this way: 50% for God… Whatever they accumulated, they set aside 50% for God or God’s service. God means God’s service. God is not want of your money. (chuckles) He is quite competent to earn money. He doesn’t require anything. But if we give, it is our interest. It is our interest. So he set aside 50% of his accumulated money for God, 25% for the relatives, family members, and 25% he kept in some village banker or the original bankers, for emergency”

In the introduction to the Srimad Bhagavatam, Srila Prabhupada writes: “Śrīla Rūpa Gosvāmī was the younger brother of Sanātana Gosvāmī, and when he retired from service he brought with him two boat fulls of gold coins. This means that he brought with him some hundreds of thousands of rupees accumulated by the labor of his service. And before leaving home for Lord Caitanya Mahāprabhu, he divided the wealth as follows: fifty percent for the service of the Lord and His devotees, twenty-five percent for relatives and twenty-five percent for his personal needs in case of emergency. In that way he set an example for all householders.”

It seems that Srila Prabhupada sometimes spoke of donating 50% of accumulated wealth and sometimes about donating 50% of income. It was definitely not his intention to force grihastas, who may only have 2000 usd left at the end of the year, to donate 50 percent of their actual income to spreading the Sankirtana movement. This would not make sense, since they could not even continue to maintain themselves, what to speak of giving another 25% to their families. It would not be reasonable to demand such a thing.

Of course donating 50% of one’s fortune is something completely different. There would still be enough for the person to maintain himself and even his family. Srila Prabhupada tried to raise awareness that one should give a portion of his money for a higher cause.