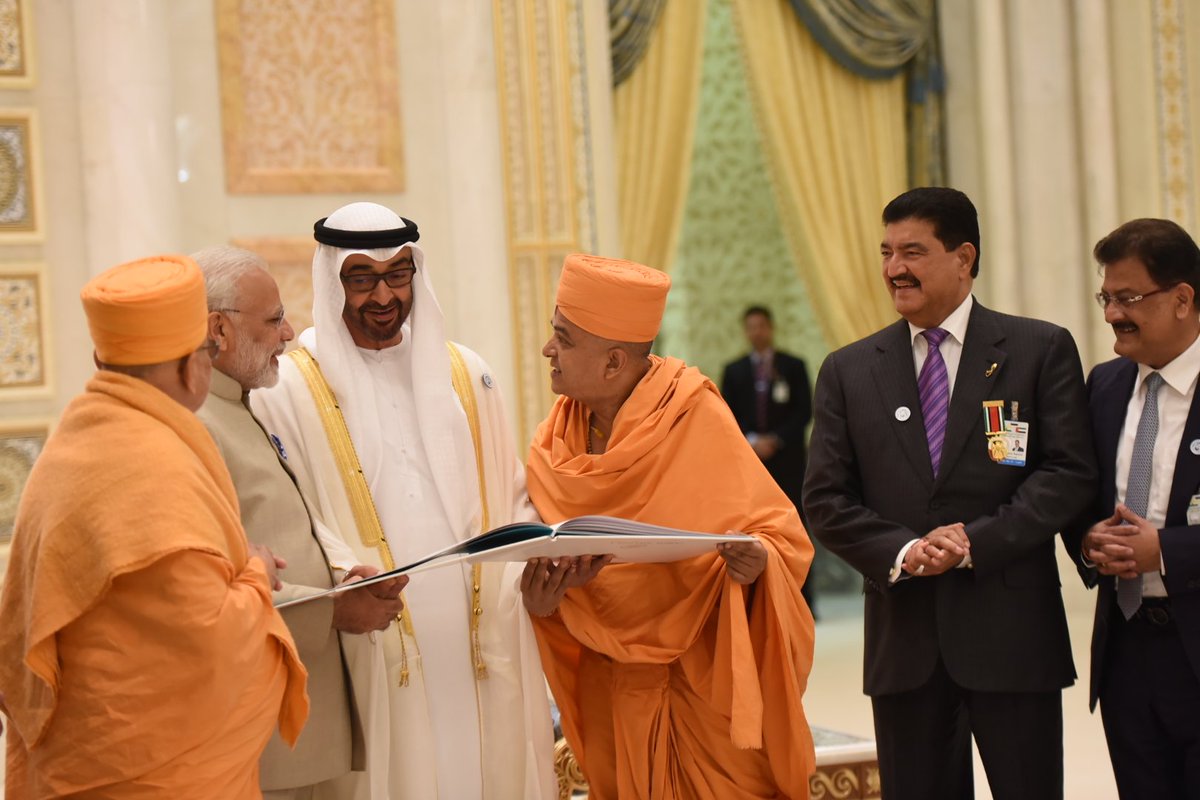 The first-ever Hindu temple planned for Abu Dhabi will come up in a 14-acre land by 2020 with seven towers representing the seven emirates in the UAE, officials have disclosed.
The groundbreaking ceremony is set to start at around 10am on Sunday, a top Indian diplomat told Gulf News.

The construction of the temple commences during the visit of the Indian Prime Minister Narendra Modi to the UAE.

The Abu Dhabi government has allotted about 14 acres (55,000 sqm) for the temple construction in Abu Mureikhah of Al Rahba area.

The government had approved the plan to build the temple during the first UAE visit of Modi in 2015.

The stones for the temple will be carved by temple artisans in India and assembled in the UAE.

The temple itself is expected to cover about five acres of land.

It shall also include a visitors’ centre, prayer halls, exhibitions, learning areas, sports area for children and youths, thematic gardens, water features, a food court, a books and gift shop and other facilities, according to Sadhu Brahmaviharidas, the chief spokesperson of BAPS Swaminarayan Sanstha that will build and manage the temple.

The Abu Dhabi temple is expected to have a magnificent architectural structure like the other Akshardham temples. It will have seven towers representing seven emirates.

As the prime minister will then be attending the community event at the Dubai Opera, stone-laying ceremony at the temple site in Abu Dhabi will be livestreamed at the Dubai event, Navdeep Singh Suri, the Indian Ambassador to the UAE, told Gulf News.

Modi will witness the ground-breaking ceremony through the livestreaming at the Opera along with the community members attending the reception for the prime minister, he said.

“We truly appreciate the gracious gesture of His Highness Shaikh Mohammad Bin Zayed Al Nahyan, Abu Dhabi Crown Prince and Deputy Supreme Commander of the UAE Armed Forces, to grant a large lot of land off the Abu Dhabi-Dubai highway for building the first Hindu temple in Abu Dhabi. This will go a long way in meeting a longstanding demand of the Indian community,” Suri said.

There is a committee of the community members, headed by Dr B.R. Shetty, Founder and Chairman of NMC Healthcare, for this purpose, he said.

B.R. Shetty told Gulf News that the model of the project will be displayed during the ground-breaking ceremony.

Asked the cost of the project, he said it is yet to be finalised but the community members will fund the construction.

“We [the members of the committee] will work with the likeminded people [for its success].

We are grateful to H.H Shaikh Mohammad Bin Zayed for his benevolent gesture, especially for helping to expedite all official procedures such as approvals and licensing etc. for the temple,” Shetty said.

Indian expats from Abu Dhabi, Dubai and Al Ain will have close access to the temple.