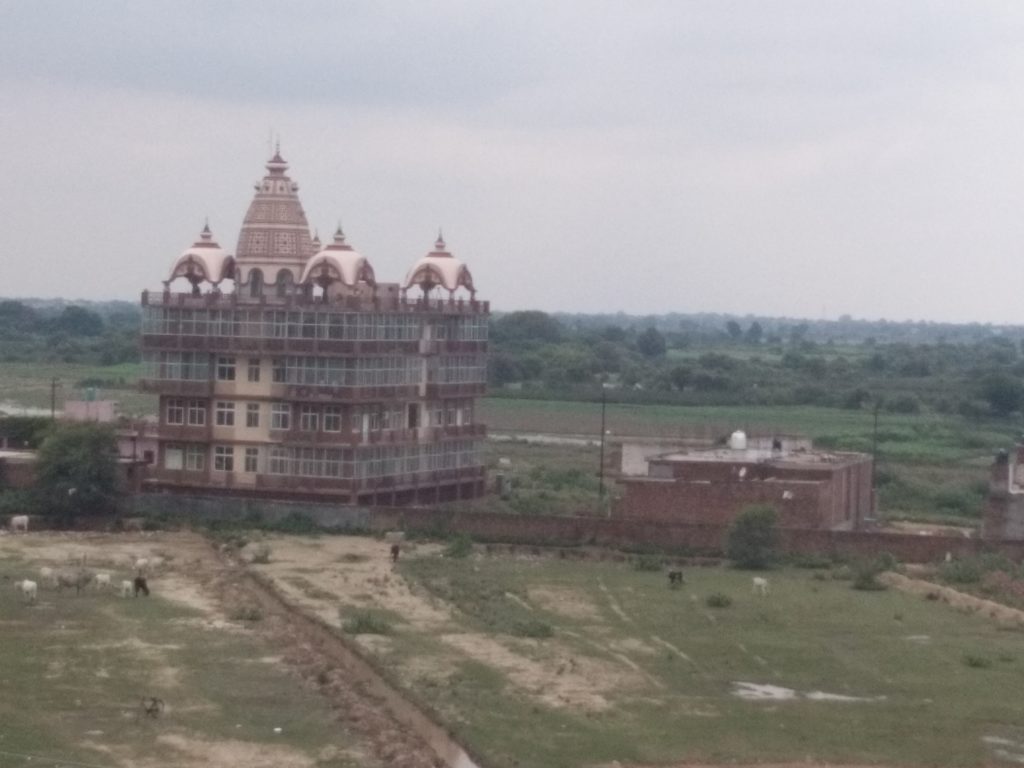 In a landmark order, the Allahabad High court has put a blanket ban on any new construction within 200 meters of Yamuna’s highest flood point in Vrindavan and Mathura. It has declared the entire area falling within the range of 200 meters as a ‘No Construction Zone’.

The order was passed on Friday by the Division bench of Justice: Arun Tandon and Justice Rajeev Joshi, during the hearing of a Public Interest Litigation, which has been pending since 2010. In 2010, the Court stayed the construction of the semi-circular bridge being built at Keshi Ghat on the petition of Madhumangal Shukla. The unfinished pillars the bridge were dismantled by the irrigation department in 2016. But, the PIL to deal with the pollution in Yamuna and the illegal construction on the Yamuna bank is still pending with the court.

The bench, led by Justice Tandon, has been very strong against the illegal construction on the Yamuna Flood Plain. It gave a clear cut order to demolish the illegal structures on the flood plain on August 23rd, 2017. Following the court’s order, several houses were demolished.

In its earlier order, the court has also given significant direction to ensure that no drain water directly enters the Yamuna. All drains must be tapped and the effluent transferred to Sewerage Treatment Plants. The houses that were not connected to sewerage network are now being connected.

Purity of river water has to be maintained so as to be fit for human life. All commissioned Sewage Treatment Plants must function to their maximum potential and there should be no disruption in the supply of electricity to the treatment plants. Several senior officials from the Mathura – Vrindavan Municipal Corporation (MVDA) and U.P. Jal Nigam (Water Board) have been suspended, as they were held responsible for not acting to check the pollution in Yamuna.

Earlier, the court issued a ‘show cause’ notice to the U.P. Chief Secretary and others for non compliance with the Supreme Court’s order to prevent pollution in river Yamuna. While issuing the notice, the court asked, “Why should this court not direct the lodging of a First Information Report against all responsible officers of the State of Uttar Pradesh in the matter of Pollution in river Yamuna with impunity for appropriate measure being not taken despite the judgment of the Apex Court in the case of M. C. Mehta as notice above passed in the earlier year 1988.”