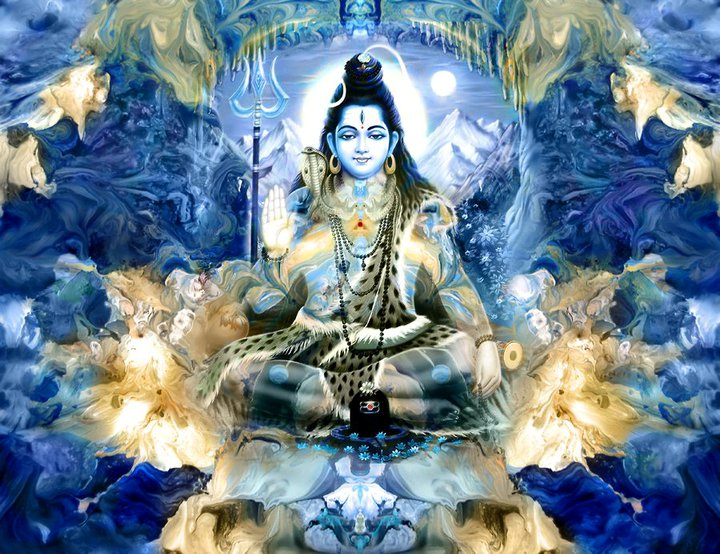 As per the scriptures, Supreme Personality of Godhead Sri Krishna’s plenary portion is Sri Sadashiv and Sri Sadashiv’s partial manifestation is Lord Shiva.

From the perspective of Lord Krishna’s pastimes in opulence and majesty (aishvarya), Lord Krishna is Sri Shiva’s worshipful Deity, who is always loved, honored and respected by him.

However, in naravat-gat-vichar, Sri Krishna plays another role — that of an ordinary human being. He performs pastimes as a very young, small child who cannot do anything independently. His mother Srimati Yashoda devi, feeds Him and tends to all His needs. During these human-like pastimes, Lord Shiva might come and give Him benedictions.

In the scriptures called Puranas, it is stated that when Lord Krishna resided in Dvaraka, He worshiped Sri Shiva to beget a child from the womb of His wife Jambavati. Although Sri Shiva is worshiped by Lord Krishna in those pastimes, he never thinks himself superior.

Sri Shiva is always conscious that Sri Krishna is the Supreme Personality of Godhead and that he is Sri Krishna’s Eternal servant.

It is essential to have a clear understanding of these truths.

One who knows these perspectives or considerations can understand the relationship between Sri Shiva and his Lord.