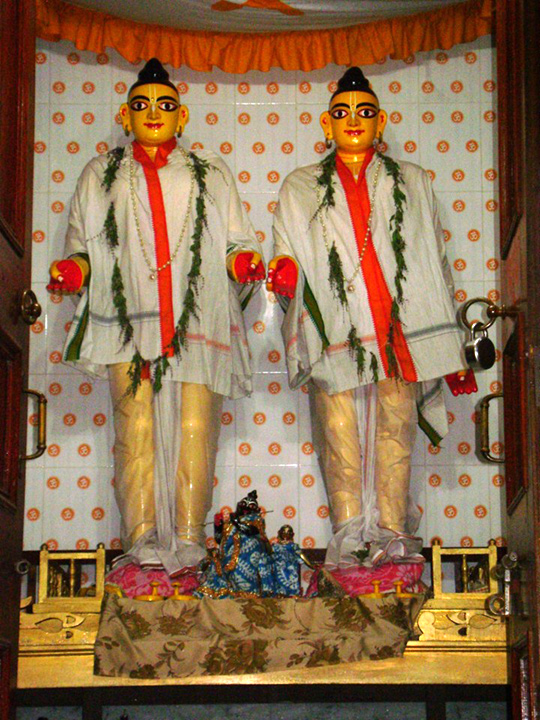 When They were to leave, Srila Gauri Das Pandit requested Them to stay permanently at his place in Ambika-Kalna (West Bengal). In order to fulfill the desire of His devotee, Sri Mahaprabhu carved the deities of Himself and Sri Nityanand Prabhu from the nearby Neem tree.

Sri Mahaprabhu told Srila Gauridas pandit that there is no difference between Them and the deities. Srila Gauri Das Pandit prepared four plates of food (bhoga) and offered to Sri Mahaprabhu, Sri Nityanand Prabhu and the two deities. All four sat down and honored the Prasadam.

After eating food prasadam, They rested for a while and then sought permission to leave. Srila Gauri Das Pandit requested Them to stay. At that instant the two deities began to move towards the door.

Srila Gauri Das Pandit ran after Them and stopped Them. At this, the Original Supreme Lord Sri Chaitanya Mahaprabhu and Sri Nityanand Prabhu started towards the door.

Srila Gauri Das ran after Them and requested Them to stop.

Then Sri Mahaprabhu said – You have to choose One of the pair. Either We two will stay or They will stay. Nityanand and I are directly present in these forms. You can tell either the deities to go, or we can leave. You choose. 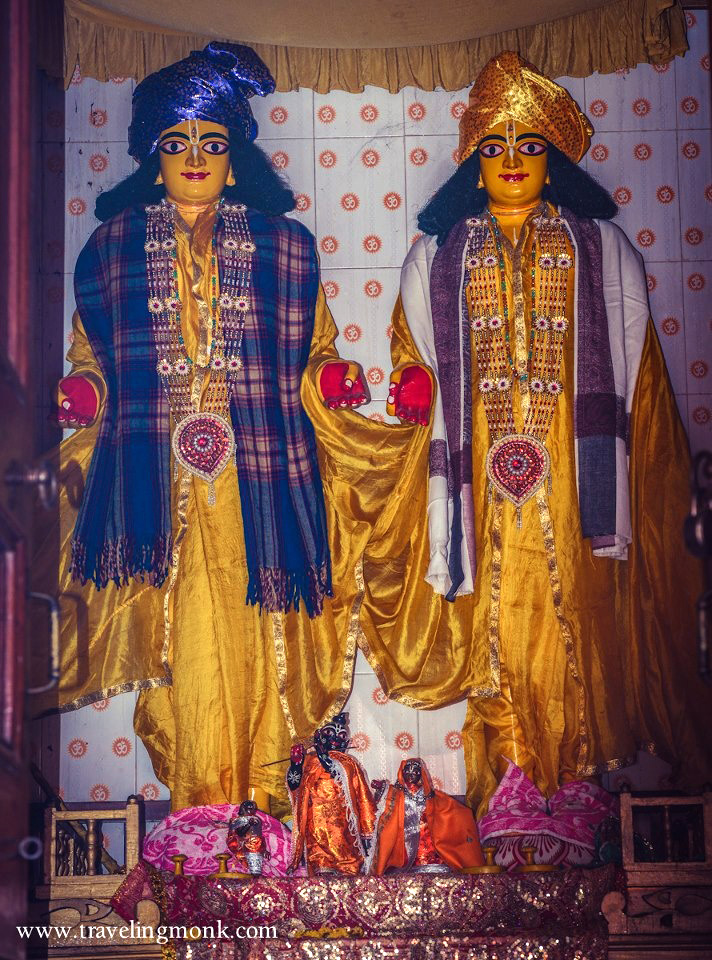 The real Gaur-Nitai entered into the temple of his house and stayed there, whereas the deities left the house.

They are still present at Ambika-Kalna, in West Bengal.

The Name of Supreme Lord, the deity form and the original form of the Supreme Personality of Godhead, are all one. No distinction should be made between Them, for all Three are of transcendental, spiritual substance.