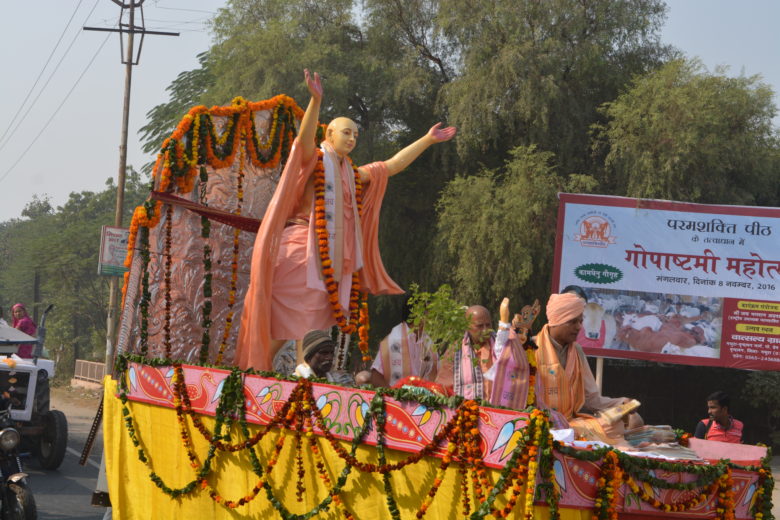 The procession, carrying a man sized deity of Chaitanya Mahaprabhu, began from Akrur Ghat, where He stayed during His journey to Vrindavan. It passed through the various markets and lanes of Vrindavan before it finally reached Imlitala Mahaprabhu Mandir. Lord Chaitanya meditated on the bank of Yamuna, at Imlitala.

The procession was welcomed at all the major temples that came on its way. The priests of these temples performed Aarati to the presiding deity of Lord Chaitanya. Shri Bhakti Prasad Sadhu Maharaj, the President of Imli Tala Mahaprabhu Mandir led the procession.

The month long festival graced the bank of Yamuna, where the pastimes of Lord Gouranga were staged everyday in the morning session. In the afternoon, many well known Acharyas and scholars gave lectures to glorify Lord Gouranga, and preached about Mahaprabhu’s Vrindavan experience.

Cultural events were also organized in the evenings in which several famous artists performed. Singers like Govinda Bhargav, Rasika Pagal, Chitra Vichirta, Damodar Sharma and JSR Madhukar enthralled the audience with their melodies during the Bhajan Sandhya. 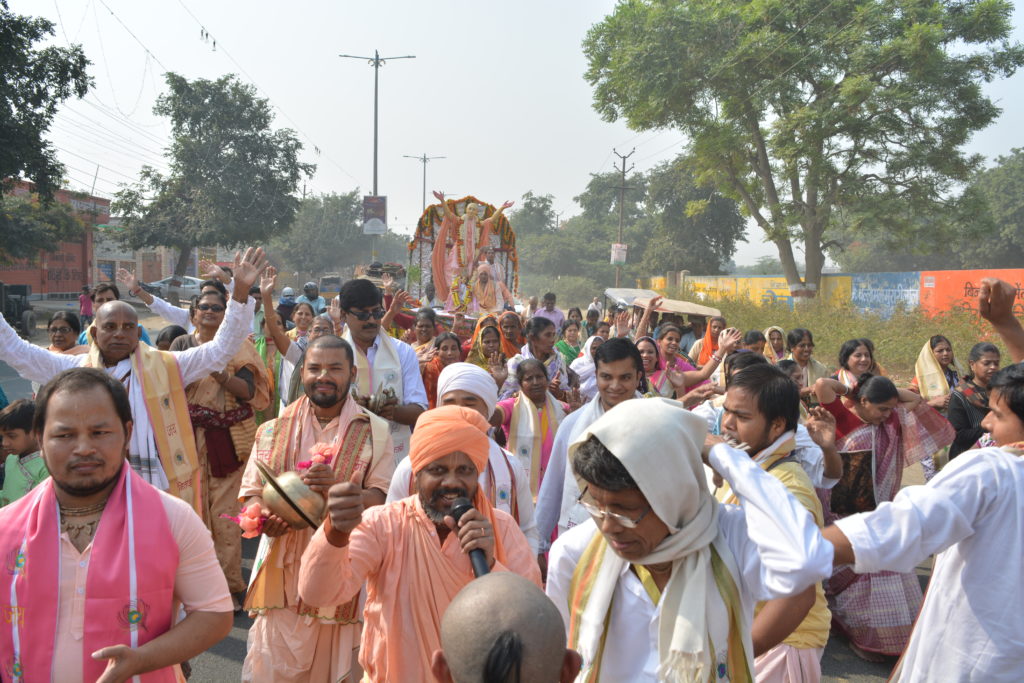 Shri Tamal Krishna Das Brahmachari, the main person behind organize this event said, “We all are grateful to Lord Chaitanya, who introduced us with Shri Dham Vrindavan. It was His mercy that Vrindavan was re-discovered, and we are here today in search of Shri Krishna.”