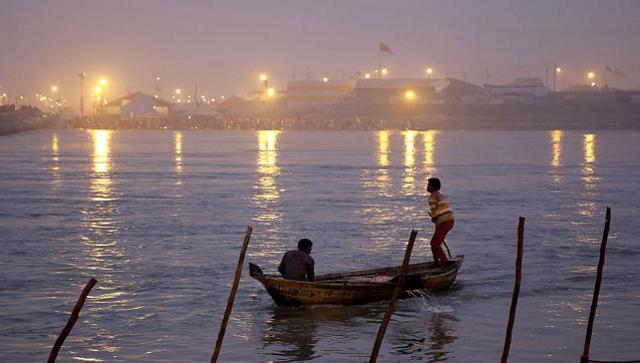 Scientists at the Dehradun-Based Wadia Institute of Himalayan Geology (WIHG) have debunked established belief that river Saraswati is just a 5,000-year-old myth.
They claimed to have found after extensive research that the river did exist during ancient times, but got buried because of tectonic changes in the Himalayas.
The mythical Saraswati forms the Hindu holy triumvirate along with the Ganga and Yamuna, and the hypothetical confluence of these three rivers in Allahabad is the source of humanity’s biggest gathering every 12 years during the Kumbh Mela.

Scientists said the Saraswati flowed from its origin at Adi Badri in the Shivalik range of Haryana’s Yamunanagar to its meeting point with Chautang river in the plains. This is the course the river followed when it flowed in the Vedic era.
They confirmed that tectonic activities along the Shivalik Himalayas separated the river course from Adi Badri and it was never recharged because of a series of climatic disasters.
The river died eventually. But rainwater collected at scattered hollow locations above the buried river gives proof of Saraswati’s existence and the course it took.
Physical and chemical analysis of nearly 22 samples from a 60-km buried water stream confirmed that of it was indeed the ancient Saraswati, now entombed by five feet of top soil, the scientists said.