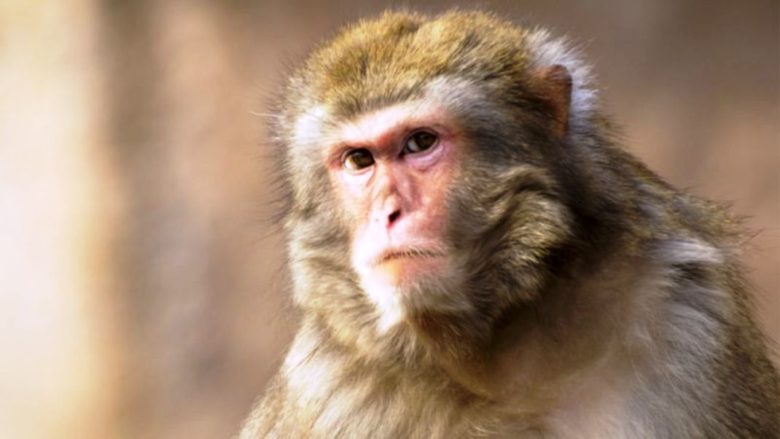 Many areas in the city are affected by the monkeys as everyday 5-6 people get injured by them. But despite the repeated complaints, city administration hasn’t taken any step to cater to this problem.

Monkey problem is worst affected in the area of old Vrindavan and its surrounding where locals doesn’t even dare to go on open terrace or balcony. Many times monkeys damage the satellite TV dishes or cut the cable if they don’t get anything to eat.

Recently there had been instances where monkeys have attacked women, children or old people, when finding them alone. Many times they have even attacked motorcyclists, while driving, which already caused accidents resulting in injuries.

A year back monkeys took a life of a person in Mathura by hitting him continuously by rocks. Few months back an old Goswami of Radha Vallabh was pushed from his roof by the monkey, due to which he was admitted in ICU for several weeks. Couple of days before this, monkeys tried to snatch an infant from a mother at her home’s terrace, which caused severe injuries to both of them.

People have staged many protests in the past but the Municipal Corporation hasn’t taken any step yet to tackle this problem. Many NGOs like MRC Vrinda Charitable Trust are also trying on their level to find a permanent solution to monkey menace. Dr. Abhishek Sharma of the Trust says that monkeys are a big problem for the whole Braj, but it is just the retaliation of atrocities humans have done on Mother Nature in the past. He says that humans destroyed the natural inhabitant of monkeys and other animals due to which they were forced to move around the city for food and shelter. He says that his Trust is trying to build a new home for the wild animals near Braj which will relocate them. Also he has started a campaign for monkey sterilisation, which will help to control their population.

Dr. Nitin Bansal said that the city administration is serious about the monkey issue and that the problem will be solved soon with the help of experts.