By Kevala-Bhakti Dasa for ISKCON Toronto

Toronto’s Hare Krishna Centre (ISKCON Toronto), has always been the hub of a rich, vibrant and enthusiastic community. Whether it be grand festivals, programs at local universities and yoga studios, philosophical discussions, cooking sessions, or singing and dancing on the streets, there are events taking place for everyone’s interest.

The year 2016 is a special year for Hare Krishna communities around the world as they celebrate the 50th anniversary of ISKCON, which was incorporated by its founder A.C. Bhaktivedanta Swami Prabhupada in 1966. Celebrations have been taking place in 600 cities across 75 countries since August 2015 and until December 2016. In Canada, the Right Honourable Prime Minister, Justin Trudeau has shared a congratulatory message for the Canadian Hare Krishna communities. 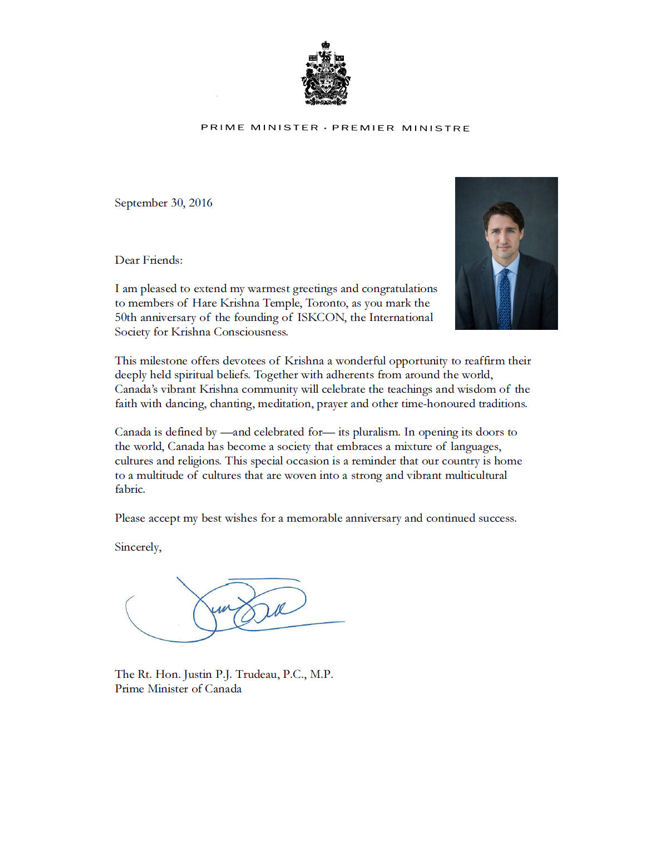