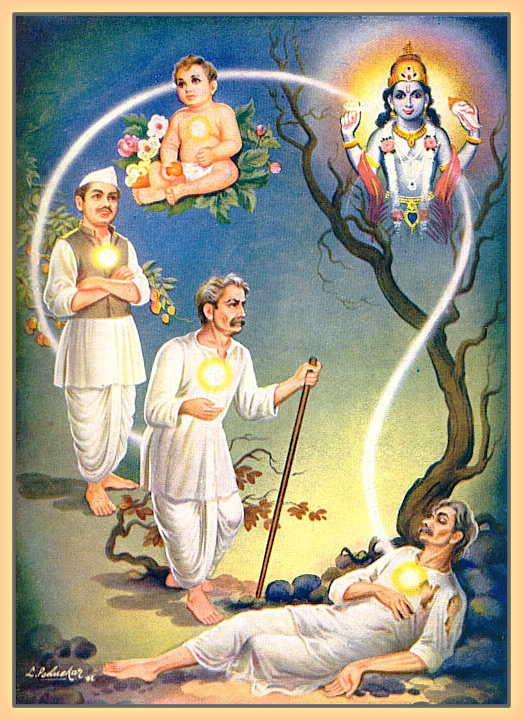 “An intelligent person leading this material life, who is able to discriminate right from wrong should endeavour for the real goal of life as long as he is still healthy and strong and not be affected by being worn-out” Srimad Bhagavatam 7.6.5

There are many people out there who are embarrassed by being old or being struck by cancer and other diseases, therefore their lives are full of anxiety. This material world is such a place whereby, birth, old age, sickness, and death take place at every moment. Once in Sri Rangam (South India), the great Vaishnava saint, Sripad Ramanujacarya came across a poetry composed by Nammalwar, one of the prominent 12 Alwars of South India. It was composed in Tamil and the English translation goes as;

“How foolish it would be if man thinks of pursuing his work only under the light that flashes during a thunderstorm.Life is like a spinning-top that exists only for a second. Even the next moment of life is unpredictable. And, so leave the selfish attitude.”

Here Nammalwar summarises the temporary notion of human existence and when Sripad Ramanuja read it, he didn’t waste a single moment, he immediately rushed to take initiation from his guru Periya Nambi and started rendering service unto the Lord in his form as Sri Ranganatha. We can also see the activities of  Prahlāda Mahārāja that he started rendering devotional service from a very young age and not wait till he became old or weak.