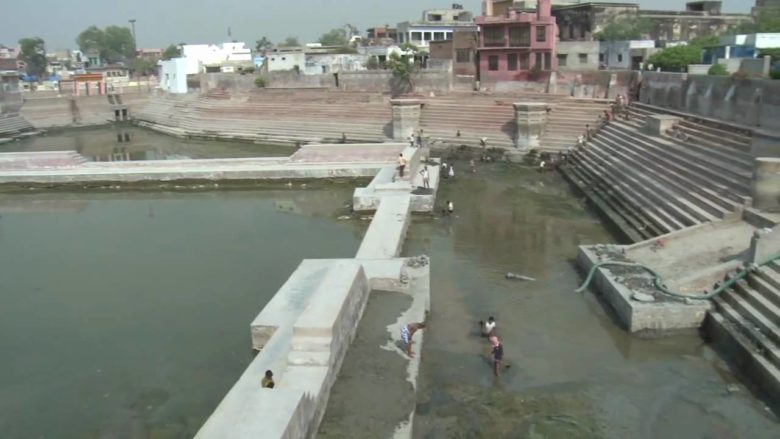 Mathura Tourism Department has selected 11 kunds for renovation under the pro-poor tourism project of World Bank. Out of these 11, 4 kunds have been selected to start the project, for which a budget of 18 crore rupees has already been submitted at the Tourist Department.

Initially city Tourism Department submitted the proposal of revamping of kunds to World Bank. Later on World Bank selected 11 kunds and asked the Tourism Department to submit the budget, underthe pro-poor scheme. The selected kunds are in Mathura, Vrindavan, Govardhan, Radha Kund and Barsana, which are well known but have lost their traditional value over a period of time due to negligence.

The four kunds selected from these 11 kunds to start the project are Priya Kund, Vihval Kund, Narad Kund and Harji Kund. Budget for these kunds have alredy been submitted to the Tourism Department, whereas a budget for rest 7 kunds are being prepared for approval.

The project will include cementing the banks of kunds, space for visitors to sit and relax, fresh water provision for kunds, betterand adequate lighting around the kund, removing illegal encroachment around the kunds and better road connectivity of respective kunds from the main roads.

Beautification of road to Radha Kund

Radha Kund Panchyat is planning to broaden and beautify the Radha Kund road from Chatikara. A budget of 13.50 lakh rupees has been submitted to the DM office for approval.