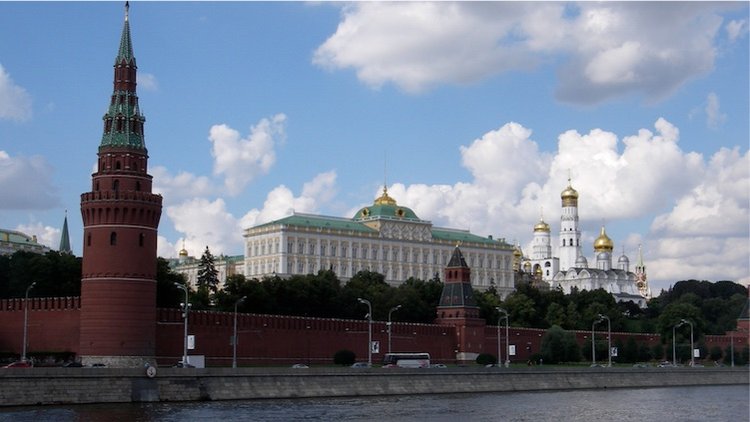 A Hare Krishna adherent has become the first person to be charged under Russia’s new law restricting sharing beliefs. Anti-extremism police in the North Caucasus republic of Karachai-Cherkessiya arrested 19-year-old Vadim Sibiryev on 28 July on suspicion of violating the Religion Law by handing out religious literature in the street. But a judge acquitted Sibiryev on 15 August, when his lawyer successfully argued that his actions did not fit the law’s definition of “missionary” activity.

On 20 July, only two days before Sibiryev’s alleged”offence”, amendments to the Religion Law and Administrative Code had come into force restricting the sharing of religious beliefs in public and introducing heavy financial penalties for those who violate these restrictions. Had he been convicted, Sibiryev could have received a fine of up to 50,000 Roubles.

So far, no other religious associations have reported similar cases involving their members. Council of Churches Baptists confirmed to Forum 18 on 19 August that none of their adherents have been prosecuted under the law restricting sharing beliefs.

There have been many violations of freedom of religion or belief in Russia in recent years – especially against Muslims who read the works of the theologian Said Nursi and Jehovah’s Witnesses – through the use of anti-“extremism” Laws.

In 2012, prosecutors in Tomsk tried to ban “The Bhagavad Gita As It Is”, a key text for Hare Krishna devotees, as “extremist”. The attempt failed after a public outcry both locally and in India.

Definition of “missionary” activity “is such that it can be interpreted as anything.”

The attempted prosecution of Sibiryev brought a mixed reaction from lawyers and human rights activists. In a 7 August piece on her own website, published before the verdict was issued, lawyer Inna Zagrebina remarked that, even with a positive outcome, the case does not bode well for future application of the amendment, as it demonstrated the “low threshold of legal and religious knowledge of police officers in the regions”.

Noting that Sibiryev had told the police that he was not an official representative of a religious association (a key provision of the amendment) and had insisted on his right to legal defence, Zagrebina also pointed out that individuals need to educate themselves in the law to protect themselves from possible prosecution.

The amendment’s definition of “missionary” activity “is such that it can be interpreted as anything”, Sibiryev’s lawyer Mikhail Frolov commented to the “Vedomosti” newspaper on 15 August. He added, however, that the court had taken an informed decision and expressed hope that judicial practice would continue to respect individuals’ rights.

Human rights activist Pavel Chikov also observed to “Vedomosti” that the Judge in Sibiryev’s case, Viyneger Dzhankyozov, “was probably not prepared to set a precedent”. The decision is a “good signal”, he continued, “which demonstrates the irrationality of the amendments. The first case of application [of the law] has caused a conflict between opposite interpretations of the rules by police and courts. This means that from the very first instance of application, a foundation has been laid for a subsequent challenge of the law.”

Sibiryev, a student from Nizhny Novgorod Region, was handing out religious literature in the centre of Cherkessk, where he was visiting a friend. Unemployed lawyer Rashid Zitlyauzhev reported this to the police. In his written complaint of 27 July, seen by Forum 18, Zitlyauzhev claims he saw two young men whose “behaviour seemed strange to me, since they were trying to talk to passers-by”. One of them “introduced himself as a follower of Krishnaism” and gave Zitlyauzhev a book, which he later found to be about Hare Krishna beliefs.

Zitlyauazhev adds that he “found out from the internet that distribution of religious literature is permitted only in specially designated places” (an inaccurate reference to a provision of the “missionary” law, Forum 18 notes). He asks the police to bring administrative charges.

The complaint was passed on to the anti-extremism police, who found and arrested Sibiryev the next day. According to the 28 July police report, also seen by Forum 18, he was charged under Article 5.26, Part 4, of the Administrative Code with distributing “literature of a religious character” in violation of the 1997 Religion Law. He was not held in pre-trial detention and his companion from the time of the alleged “offence” was not involved in the case.

It is usual for anti-extremism police to take on “religious” cases across Russia, lawyer Frolov explained to Forum 18 on 16 August, even if the incident under investigation bears no relation to “extremism”.

At the final hearing in Sibiryev’s case on 15 August at Cherkessk’s Magistrate’s Court No. 3, Judge Dzhankyozov “agreed with all the arguments of the defence”, lawyer Frolov told Forum 18 on 16 August. Specifically, the Judge agreed that Sibiryev had been distributing religious literature as a private person, not as an authorised representative of a religious association, and not with the aim of involving anyone in a religious association. According to the written verdict, seen by Forum 18, his actions therefore “do not contain the set of attributes of missionary activity”.

The Religion Law defines “missionary activity” as “the activity of a religious association aimed at the dissemination of information about its beliefs among [non-members], with the goal of involving these people as participants”. The law’s rules on who may perform missionary activity state that those doing so on behalf of a religious group or organization must carry written authorization from that association. There is no explicit mention of individuals sharing beliefs purely on their own initiative.

Frolov pointed out in court that the police report did not specify which legal norm Sibiryev had violated, only that he had “distributed literature of a religious character” in contravention of the Religion Law – which does not forbid such an activity.

Reached by Forum 18 on 19 August, Judge Dzhankyozov refused to comment on the case, explaining that the verdict had not yet come into force and the police still had the right to appeal against it within ten days of the decision.

Police handling of the case illustrates the margin for misinterpretation of the law on missionary activity by law enforcement agencies, Forum 18 notes. Asked by Frolov which legal provision outlawed the handing out of religious literature, Major Azat Dzhankuriyev, who compiled the police report, answered that he believed it was Article 24.1, Paragraph 2, of the Religion Law (part of the amendment which came into force in July).

Forum 18 telephoned the office of Colonel Aubekir Esherov, head of the Karachai-Cherkessiya police anti-extremism centre, on 17 August to ask why they had initiated the case in the first place, whom Sibiryev’s actions were thought to have harmed, and whether the police in Karachai-Cherkessiya had received any guidance from the federal Interior Ministry on how to implement the new law restricting sharing faith. A spokesperson in the office told Forum 18 to ring back after half an hour, but all subsequent calls between the 17 and 19 August went unanswered.

When Forum 18 called the Karachai-Cherkessiya police press office on 18 August, a spokesperson appeared unaware that Article 5.26 of the Administrative Code had gained three new Parts under the July amendments. He said he was unable to find information on Sibiryev’s case. He asked Forum 18 to send the details of the case by email – Forum 18 did this by the middle of the Cherkessk working day of 18 August, but has received no reply as of the afternoon in Cherkessk on 19 August.

President Vladimir Putin signed the amendments into law on 6 July as part of a controversial package of “anti terrorism” legislation proposed by United Russia deputy Irina Yarovaya and Senator Viktor Ozerov. The package had been causing unease in Russia for several months because of its requirement for telecoms companies to store metadata about calls and messages and the criminalization of failure to report possible terrorist activity.

The section introducing new restrictions on “missionary” activity was added in mid-June, just before the bill’s second and third readings in the State Duma. The restrictions triggered protest from religious leaders and human rights activist.

Mikhail Fedotov, Chair of the Presidential Council on Civil Society Development and Human Rights, complained to President Putin on 1 July that the amendments “create unjustified and excessive restrictions on the freedom of conscience of believers of all religions, and encroach upon the fundamental constitutional principle of non-interference by the state in the internal arrangements of religious associations” http://www.forum18.org/archive.php?article_id=2195

Individuals – including Hare Krishna devotees, Baptists and particularly Jehovah’s Witnesses – have long encountered problems when expressing and sharing their faith in public space. Forum 18 found 122 prosecutions (principally of Jehovah’s Witnesses) in 2015 under Article 20.2 of the

Administrative Code, which punishes unapproved “public events” and is often used to punish those talking publicly of their faith (see F18News 18 May 2016 http://www.forum18.org/archive.php?article_id=2179