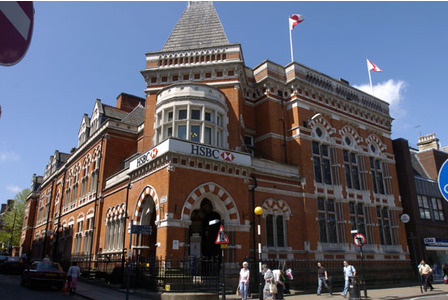 A long project to create a new home for a group of Hare Krishna monks driven out of their former temple by an explosion has finally come to an end.

The Iskcon Temple in North Evington burned down after an explosion in the building’s kitchen nearly six years ago.

They have now moved into the former HSBC bank.

The 1870s building has been used for Hare Krishna gatherings in recent years while renovation work has been going on.

But now the building includes heating a kitchen and bedrooms for the monks on the upper floors.

Nima Suchak, spokeswoman for the temple, said: “The newly renovated areas are the two upper floors. This now qualifies the building for daily use.

“The two upper floors of the Grade II listed building designed by Joseph Goddard have been renovated to include a meditation area, a commercial kitchen, classrooms, and offices.

“The team of monks will take residency on the upper floors, and will work serve the city of Leicester with a variety of educational programmes.”

The explosion at the former Iskcon temple was caused by escaping gas.

A member of the temple disconnected a pipe to a gas cylinder and gas began spewing out.

The occupants fled to the other side of the road before the explosion, which caused massive damage to the building and sparked a fire that caused even more.

More then 30 people were in or near the Thoresby Street building when it went up in flames but nobody was injured.

Since then, about 200 worshippers have been gathering on Sundays at the rented East West Community Project, in Wilberforce Road, Leicester.

When the explosion happened he former bank in Granby Street, which is Grade II listed, had been standing empty for about three years and it was on an at-risk list.

The Leicester members of Iskcon, which is short for the International Society for Krishna Consciousness, were unable to afford the building.

But two community members, who had become wealthy since moving to Leicester from East Africa in the early 70s, decided they wanted to give something back and bought the building for Iskcon.

Iskcon president Pradip Gajjar said: “The Lord blessed them and the city looked after and sheltered them.

“They said that if we thought this was the right place for us they would, between them, buy it for us.

“It is a beautiful building, architecturally stunning, that carries a lot of heritage.”

The group received permission from Leicester City Council to change the use of the building from a bank to a place of worship, with a vegetarian restaurant, creche, offices and accommodation, and the work was able to get underway.