With a record rainfall of 190 mm in 16 hours over the weekend, the highest in the last 50 years, Mathura has been under siege by water, with the administration declaring flood alert in several low-lying areas of the district. While no loss of human life has been reported, some makeshift and dilapidated houses have collapsed.

The continuous downpour, from 4 pm on Saturday evening to 8 am on Sunday, led to water-logging across the city, with several localities being submerged in 4 to 5 feet of water. Residents of these localities have been having a harrowing time, as electricity supply to most of them has been disrupted for the last 20 hours or more after two electricity sub-stations got flooded.

With Haryana releasing over 1.40 lakh cusec of water from Hathni Kund barrage in the last 24 hours, levels were also rising steadily in Yamuna. However, barring low-lying areas around the river, there was no flood threat to the rest of the city till the time of filing of this report.

Talking to TOI, Mathura sub-divisional magistrate Ram Araj Yadav said announcements had been made in the low-lying areas of the district, advising residents to move to higher ground in case the downpour continues. He said the administration was making arrangements for stay of evacuated people in case they needed to shift.

“Threat of flooding is high in low-lying areas like New Bus Stand and Bhuteshwar, Chandramukhi and Govardhan Crossings. Here residents have been advised to move out as incessant rain could lead to house collapse,” said Yadav.

Water logging on national highway 2 also disrupted traffic between Delhi and Agra for several hours. According to officials, Delhi-Agra traffic was being diverted to the Yamuna Expressway near Palwal and vice versa at Etmadpur.
Talking to TOI, Pradeep Mittal, superintendent engineer of electricity department, said two 33KV sub-stations at Gurudev and Masani had to be closed down due to water-logging, cutting off power to thousands of citizens. “We are trying to restore the sub-stations and are hopeful of resuming electricity supply soon,” he said.

Kanhaiya Gurjar, a social worker in Bhakalpur Village, said 50 goats died in a shed collapse and that water entered several houses, causing the walls to collapse. 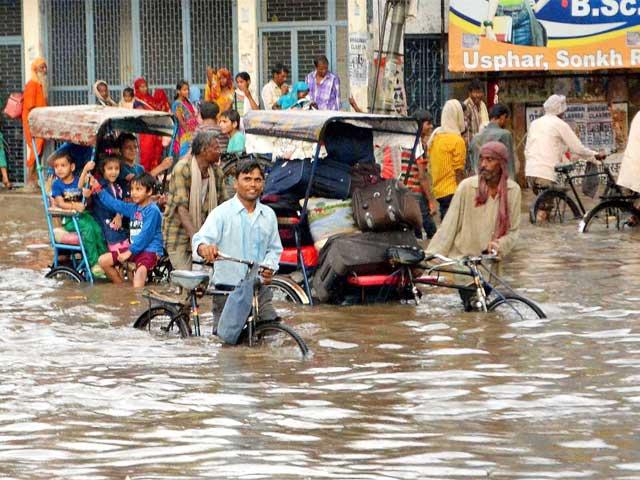