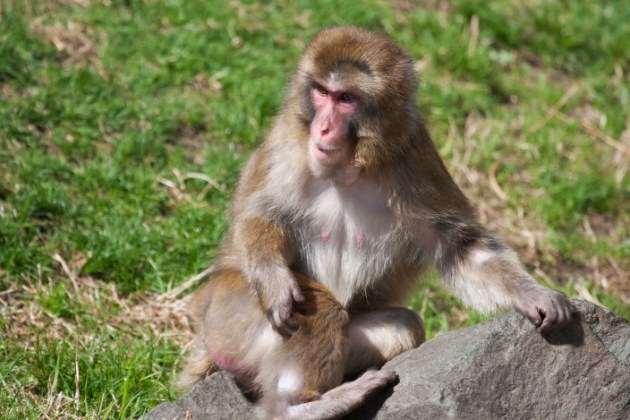 The monkeys of Vrindavan are again causing problems by attacking human beings. Yesterday there was a serious attack against Brajendra Vallabh Goswami, a sevayat of the Radha Vallabh temple. Monkeys pushed him from the terrace of his house, causing him to fall 20 feet and sustain serious injuries.

Monkeys took Brajendra Vallabh Goswami’s glasses yesterday morning. The Goswami followed them onto the terrace to get them back, but there the animals attacked him from all sides, pushing him from the terrace.

Family members and temple associates first rushed him to the Ramkrishna Mission Hospital, but then he was shifted to a nearby health care unit. The doctors there, seeing the gravity of the wounds, referred him to Agra Hospital for better care. He had multiple fractures in his leg along with a serious injury to the head.

The victim’s nephew Yadvendra said that the city is suffering as a result of the numerous monkey attacks. Many complaints have already been made to the Municipal Corporation office, but no meaningful action has yet been taken. This time, he intends to make an FIR complaint to the police against the Municipal Corporation for negligence, so that the citizens will get a solution to this continuing problem.