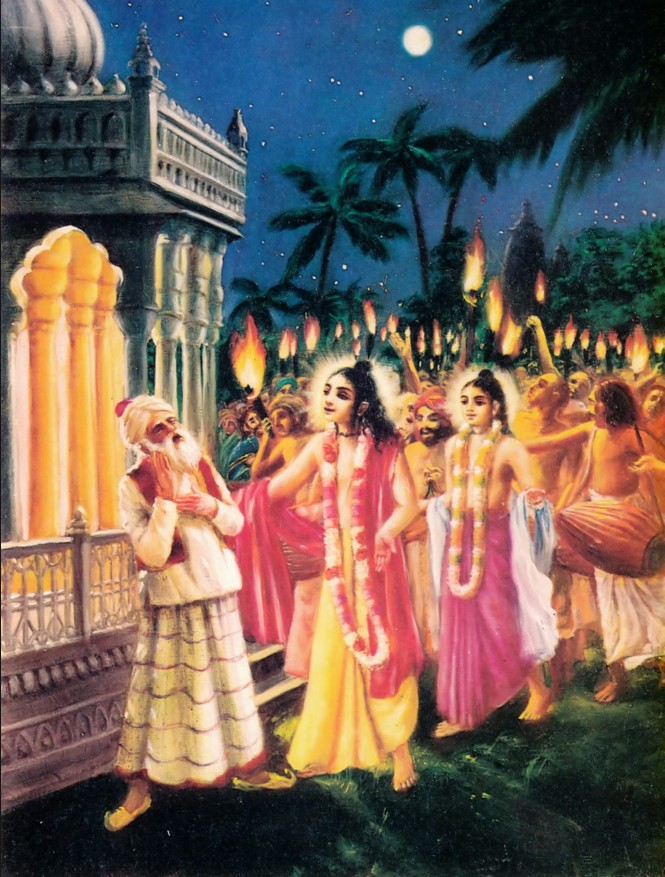 During the Bangladesh ISIS attack on a café frequently visited by foreigners, which is in the headlines of the world media, an ISKCON devotee was attacked in the district of Satkhira, 300 km from Dhaka, on the border of India, a little North of Kolkata.

ISKCON has a recognized Namahatta temple in the village of Brahmarajapur, District Satkhira, Bangladesh.

The devotee in charge of it Bhavasindhu Dasa Adhikari had just finished his bath and was preparing for the Mangal Aarti at 4:15 am when the temple was stormed by three individuals bearing sharp weapons like machetes, choppers and large knives attacked the pujari with their sharp weapons, cutting him in the neck and back and with stab wounds in various parts of his body.

Bhavasindhu Dasa is presently in the district hospital. At 10 Bangladesh time, the government is sending a helicopter to transfer him to a hospital in Dhaka as he is in a serious condition.

This is the first time that an ISKCON connected devotee has been attacked by ISIS terrorists. ISIS apparently claimed responsibility for the attack.