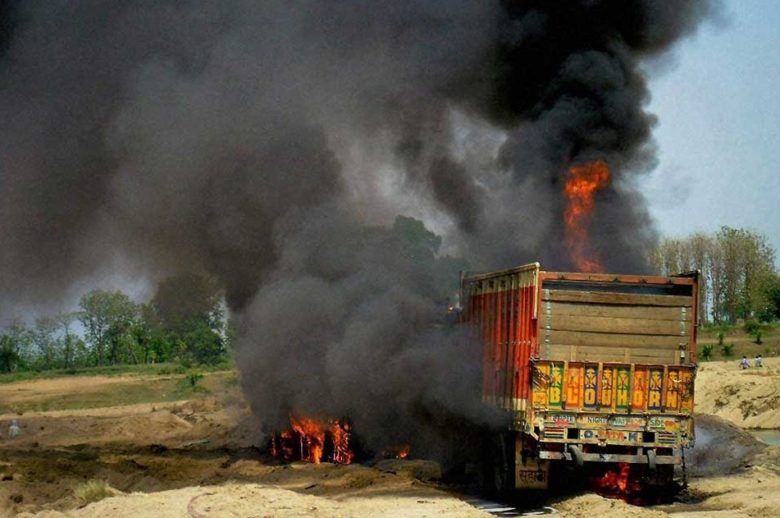 A truck was set ablaze and the National Highway 2 was blocked today by residents of Chaumuhan area here after the vehicle was found carrying carcasses of 30 cows, police said.

The trouble started when the residents noticed blood spilling out of the truck, which was parked at the outskirts of Chaumuha. When they removed the plastic cover from the vehicle, they found it full of dead cows, police said.

“A total of 30 cows were found dead in the truck,” SDM Chatta, Vishwa Bhusan Mishra said.

The angry villagers then set the truck on fire and blocked the National Highway, police said.

The negotiations were on between the residents and the police even as the villagers demanded the arrest of the culprits.

In a late night development, Mishra said that the blockade has been lifted.

The blockade was lifted after we assured the protesters that National Security Act will be slapped on the culprits, he added.