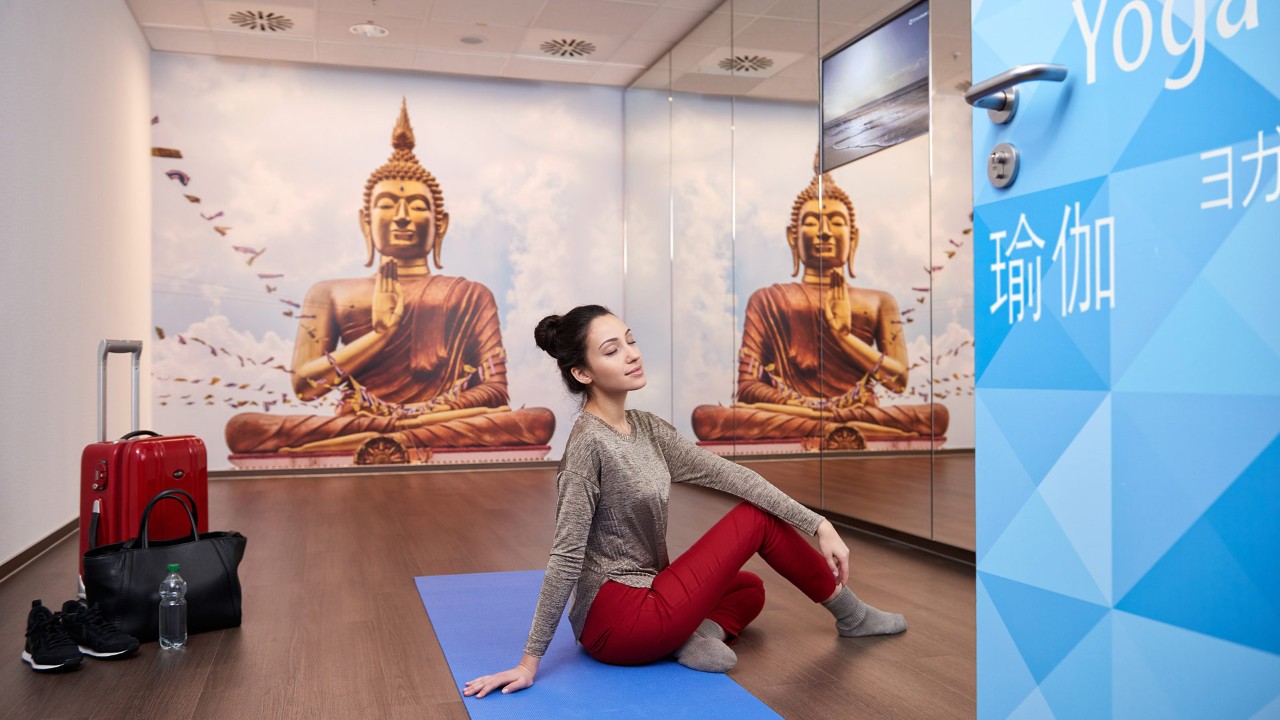 Hindus have welcomed reported plans of Frankfurt Airport, a major international airport in Germany, to invest about $113 million in upgrades/makeover which include yoga rooms.

It already has two “professionally equipped” yoga rooms, located in passenger terminals one and two, open around the clock and are free of charge. Airport authorities claim that all of the required equipment is available in these: yoga mats, blocks, cushions, pads, floor-to-ceiling mirror, monitor screens explaining exercises to music and flyers with how-to-do instructions. The lighting is subdued and there is a wall-sized Buddha.

Calling adding yoga rooms in upgrades plan “a step in the positive direction” for Frankfurt Airport, distinguished Hindu statesman Rajan Zed, in a statement in Nevada today, urged all top world airports to provide yoga facilities for the passengers if they wanted to help reduce their stress levels and be “world-class” airports.

Yoga, referred as “a living fossil”, was a mental and physical discipline, for everybody to share and benefit from, whose traces went back to around 2,000 BCE to Indus Valley civilization, Zed, who is President of Universal Society of Hinduism, noted.

Rajan Zed further said that yoga, although introduced and nourished by Hinduism, was a world heritage and liberation powerhouse to be utilized by all. According to Patanjali who codified it in Yoga Sutra, yoga was a methodical effort to attain perfection, through the control of the different elements of human nature, physical and psychical.

According to US National Institutes of Health, yoga may help one to feel more relaxed, be more flexible, improve posture, breathe deeply, and get rid of stress. According to a recently released “2016 Yoga in America Study”, about 37 million Americans (which included many celebrities) now practice yoga; and yoga is strongly correlated with having a positive self image. Yoga was the repository of something basic in the human soul and psyche, Zed added.

Opened in 1912, awards winner Frankfurt Airport served over 61 million passengers during 2015. Dr. Stefan Schulte is Chairman of the Executive Board of Fraport AG, which operates Frankfurt Airport.