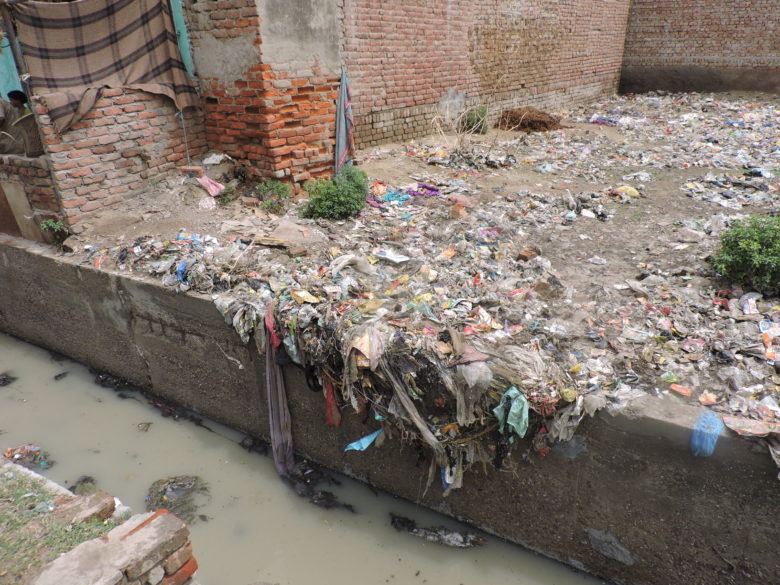 I don’t like writing articles like this one. I love Vrindavan and the people of Vrindavan, but there comes a time when there is no option other than to shame them. And indeed, the situation is shameful.

A friend wrote me yesterday: “Let me be frank. When I was in Vrindavan, I thought I must have been mad. It is a horrible place, . I took my partner there in 2011 . I was embarrassed. Totally embarrassed. So why did I think I was mad? Because why would I stay in such a place? That is when I gave up on all the ‘Vrindavan is the spiritual world’ baloney.”

And as Joshua Nash concludes his essay on Vrindavan, the Human Sanctuary, “From a purely physical point of view, Vrindavan is one of the most putrid and filthy places I have ever visited.”

I have previously expressed the idea that development is killing the goose that lays the golden egg. Development in Vrindavan is killing the very thing it is trying to profit from. PM Modi has started the Swachch Bharat initiative, but after a few highly placed officials swept a meter of road or two, Swachch Bharat has barely been able to penetrate the conscious awareness of the average Indian citizen or Vrindavan resident.

But individual consciousness on its own is not enough. Action is needed. And for action, even well-meaning people need an infrastructure.

In my opinion, the following is needed:

(1) Proper dustbins that are immune to marauding monkeys and other street animals. The dustbins that are there should be put in the responsibility of local residents so that THEY clean it up when it becomes a mess.

(2) Home garbage collection. This is such a no brainer, but we would rather that everyone fill the empty lots with their garbage. There are problems with land fill, I know, and there has been talk of a “Japanese system” recycling plant to deal with the refuse. The sooner home refuse collection is instituted, the better.

The current system is “Throw it in the street, the cleaners will come here sooner or later.” In most places once or twice a month is the best you can hope for. Residential areas should be designated for instituting the program and the residents of those areas FINED if they break the rules, i.e., if they throw their garbage into empty lots or the street.

(3) A police squad dedicated to fining litterers and shops and tea stalls that make a mess in front. This is the worst thing. People who are using the public space for business should not foul the public space. FINE THEM if they don’t keep their area clean. Where there are several shops, they should be made collectively responsible for keeping their area clean. Make them supply and maintain garbage cans themselves. They must take the responsibility for their own area and not simply leave it for once a day sweeping by the city cleaners.

(4) Clean the drains. Have you seen the drains? They made bigger and deeper drains in Vrindavan. I was in Gaur Nagar the other day. I saw those drains a couple of years when they were built. Two meters deep, two meters across. These drains empty directly into the Yamuna. They are now full to the brim with all kinds of crap. This is a poor neighborhood and off the beaten track. I asked people living next to it whether they were getting sick. Yes, of course, they said.

On the Mathura Road near the bus stand is another one. There are a half-dozen fruit stands and all their crap including plastic cups from fruit juice go in the drain. These people are selling food right next to this open cesspool. Does nobody have any awareness? This is not just about “everyone doing their bit.” It is about someone doing something. About local people being conscious and insisting on government action as well as taking action themselves.

FINE THE OFFENDERS. You cannot increase the filth and not be punished. If, as in this latter case, there are a dozen shopkeepers involved, FINE THEM ALL. Make them pay for the cleanup. Hotel owners in particular should take responsibility for their surroundings. On Gandhi Road right near several of the new fancy hotels is an absolutely horrendous dumping ground. Are the hoteliers not ashamed to bring their guests into the presence of a garbage dump? In a town that is supposed to be holy?

(5) Stop the use of all packaged food, at least fast food. Stop the use of plastic cups and styrofoam plates. This is especially true for bhandaras and weddings, etc. There is no excuse for it. You have a feast for 500 people and throw all the empty plates on the road outside your home or ashram? So the crows, cows and canines can eat the leftovers. It should not be allowed to remain their five minutes, what to speak of days on end. It is the responsibility of the people making the mess. They must clean it up right away, pay for it or be fined.

Users of plastic and styrofoam should be fined. These are a curse not a blessing. Pay the extra for leaf plates or pay the difference in fines. Leaf plates will hopefully mean more trees. But nobody should use plastic or styrofoam for serving meals in the Dham.

(6) Does anything need to be added about public urination?

And for that matter they should do the same for traffic offenses, especially people who abuse the use of the horn.

There are many people who have “given up” on Vrindavan. “Vrindavan is a concept, not a place,” they say. This Vrindavan has lost its spirituality, they say. “It is the most putrid and filthy place I have ever seen.” This is not the first time I have seen this.

My feeling is that it is our job as servants of Vrindavan to help reveal its true form to all who come. Those who live here should be proud of their Vrindavan. Vrindavan is not meant to be hidden. Vrindavan is God’s abode in the world. The acharyas revealed their ideas here, the Thakurjis revealed their forms here. The purpose was to attract the world to Vrindavan and to spread Vrindavan consciousness.

This is not what is happening. So we need to slam on the brakes and move in the right direction. Arrange for facilities, make sure people know about them, and punish them if they do not use them. 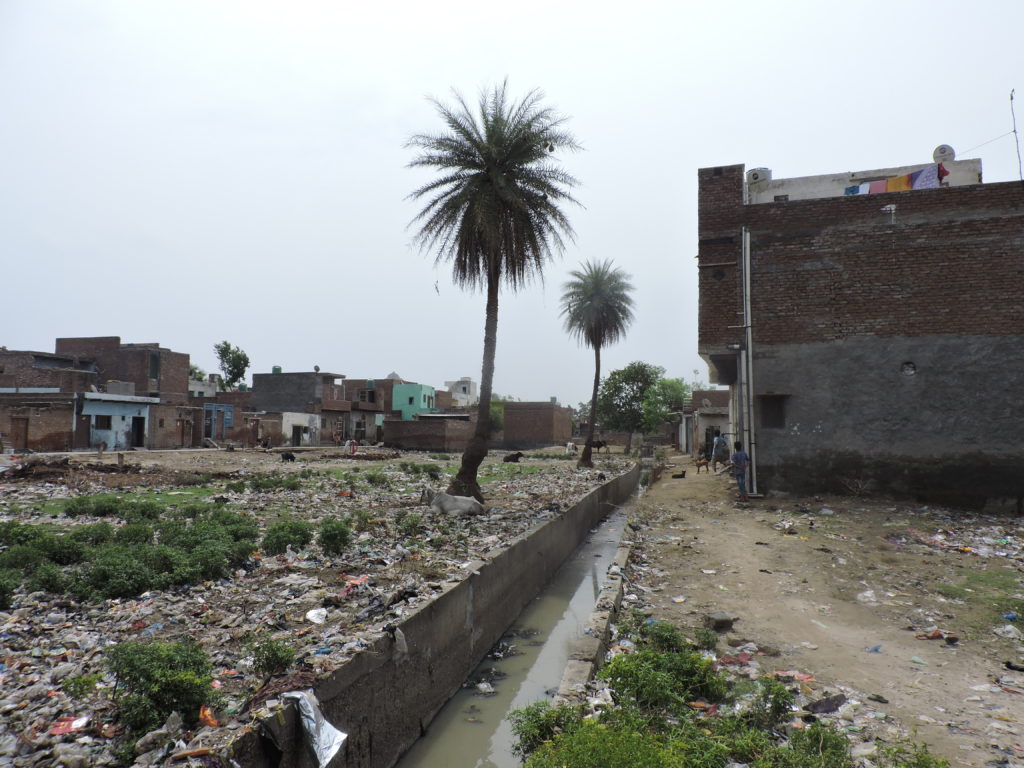