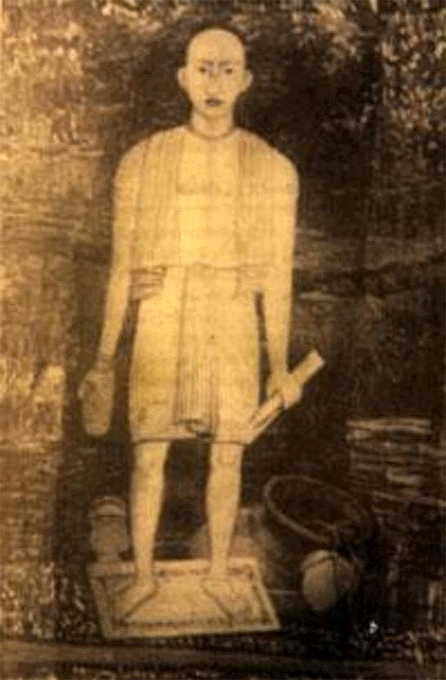 The latest expeditions of the Baladeva Vidyabhusana Project were very fruitful and one of the highlights among the unpublished Gaudiya manuscripts discovered and digitized is the “Caitanyastakam,” eight verses composed by Srila Prabodhananda Sarasvati in praise of Lord Caitanya Mahaprabhu. The astaka genre has been very common among Sanskrit poets for centuries and it is well known that several of Lord Caitanya’s personal associates composed astakas to glorify Him, the most famous being those by Srila Sarvabhauma Bhattacarya, Srila Raghunatha dasa Gosvami, Srila Narahari Sarakara and Srila Rupa Gosvami, who actually composed three different collections of eight verses.

The recovery of Prabodhananda Sarasvati’s “Caitanyastakam” brings our attention to the fact that there might be more of such lost compositions, which are so important for sharing the impressions the authors obtained from the association of Lord Caitanya. The text and its English translation will soon be published together with the same author’s “Viveka-shatakam.”

In a humble attempt to serve the worshipable Deities of Srila Baladeva Vidyabhusana and the Shyamananda-parivara, I have recently translated “The Glories of Sri Sri Radha-Shyamsundar,” which narrate the pastimes of Their appearance, the history of Their temple, Their different festivals and outfits, etc., and also “Prabhu Shyamananda,” a short narration of the amazing pastimes of one of the greatest preachers of the Gaudiya sampradaya. Both booklets and many of the works of Srila Baladeva Vidyabhusana in PDF can be downloaded for free here.

The technical philosophical terminology employed by Srila Baladeva Vidyabhusana in his “Tattva-dipika” is being carefully glossed, after which the work will be published without delay.

Although the number of manuscripts being located and digitized is gradually increasing, there are a few stumbling blocks on the way. The major one has been the outrageous anti-research, anti-publication policy maintained by certain libraries, which although relatively few in number, contain thousands and thousands of Gaudiya texts. These libraries are mostly under the Indian government and are run by staff who think that manuscripts are like museum pieces, not to be touched or copied at any cost. One of the largest manuscript libraries in West Bengal, for example, is run by communists who allegedly damage unpublished religious manuscripts to make sure that they will never be published. This is pushing me to appeal to high government authorities and, if necessary, to start a legal battle that will be very time consuming and was not at all in my plans.

The increasing number of unsorted collections I am finding in all directions also gives me mixed feelings: joy for what we may occasionally find there, and sadness for the little chance of seeing them being classified in the near future. This is so mostly because of the lack of funds and interest on the part of the owners and the limited resources and lack of interest on the part of the government. Despite these difficulties, the Baladeva Vidyabhusana Project is going on to accomplish its objectives:

To see samples of the discovered manuscripts, and for inquiries and donations, please visit: www.VidyabhusanaProject.blogspot.com.