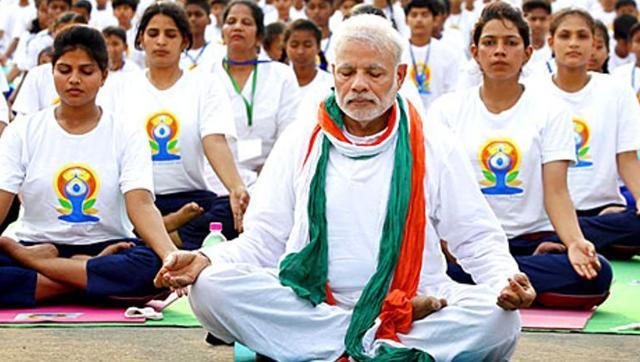 Observing that there were over 30 million practitioners of Yoga in America, Prime Minister Narendra Modi quipped to members of the US Congress on Wednesday that India had not claimed intellectual property rights on yoga.

“SIRI tells us that India’s ancient heritage of yoga has over 30 million practitioners in the US. It is estimated that more Americans bend for yoga than to throw a curve ball.

“And, no Mr Speaker (Paul Ryan), we have not yet claimed intellectual property rights on yoga,” Modi said in his address to the joint session of the Congress.