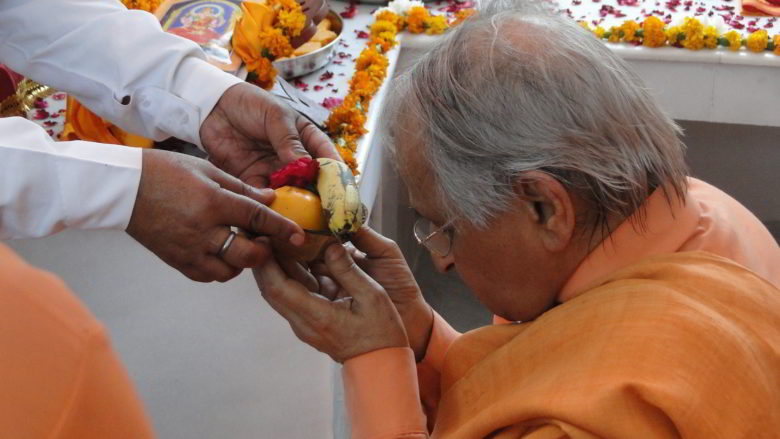 After Gangajal, the Indian Postal department is all set to deliver prasad from the historic temples, including Banke Bihari, Radharani in Barsana, Dwarkadhish and Krishna Janamsthan, directly to your doorsteps.

Barely a day after the union government announced its plan to start home delivery of Gangajal, Union minister of communication and information Technology, Ravi Shanker Prasad , on Tuesday launched a pilot project in Mathura for delivery of prasad, which would be initially available for only Western UP and the National Capital Region (NCR). If the project were successful, it would be expanded to the entire country.

The announcement, which coincided with the BJP’s celebrations of Modi’s two years in government, was also tweeted by the minister. Ravi Shanker was in the city as part of the BJP Vikas Parv celebrations.

The Postmaster General, Agra Division, said the service would be available from six temples and once its operational, orders for prasad could be placed both online and by phone. She said, though the project has been announced, it would take couple of days to work out the modalities.

Sinha said the service would be available from the temples of Banke Bihari, Radha Raman and Radha Vallabh in Vrindavan, Krishna Janamsthan and Dwarkadish in Mathura and Radha Rani Mandir in Barsana. She said other temples from the region would also be included, if the pilot project is successful.