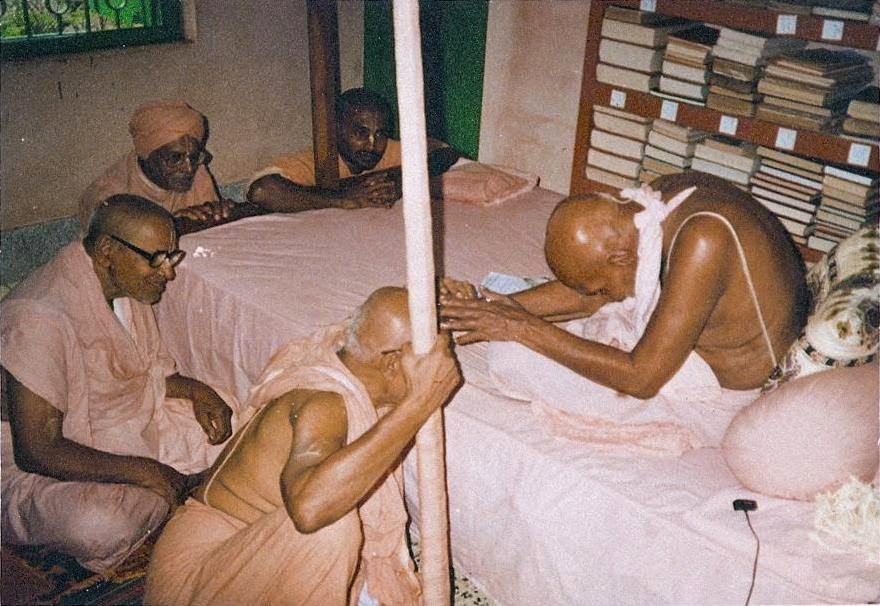 Whenever I submitted difficult problems to my Most Revered Gurudev, He used to give me the advice not to take any decision by own initiative as the mind and intellect of a finite being (conditioned soul) is also finite and prone to commit mistakes. Any decision taken by the finite mind and finite intellect can increase problems. The correct way is to take absolute shelter of the Lotus Feet of the Supreme Lord and His Absolute Counterpart Gurudev or suddha bhakta, who are omniscient and All-Merciful. A light of Transcendental Divine Knowledge will then enter into the heart of such a surrendered soul and remove all their doubts. All problems will be solved by it immediately and effectively. I mean to say, in short, we should not be carried away by our finite mental and intellectual feelings. One should be guided by the realised souls. Finite individual souls of this world by their finite intellect can never solve their own problems nor of others as they are enveloped by illusory energy. They have misconception of the self and misunderstand their actual requirements. Further difficulty is that the association of a bona fide suddha bhakta or sadguru is very scarce. Our only hope is this – the Supreme Lord Sri Krishna has said in the Gita, ‘If anybody is sincere he will never be deceived’. God exists in the heart of every soul and knows everything. Nobody can do good or bad acts without His knowledge and the Supreme Lord is controlling the fruits of the actions of all. We can do actions but can have no hold over the fruits of actions.

‘To those who always worship Sri Krishna with sincerity of heart, the Supreme Lord bestows wisdom to understand the way to attain Him.’ (Bhagavad Gita10.10)