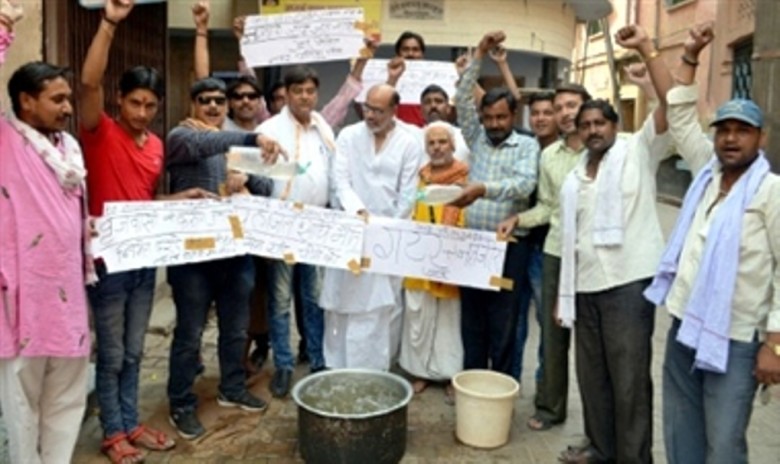 Local residents have informed the authorities that the water supply line is leaking at many places in Gautampara, Kishorpura and other areas in the old city. This causes pollution in the drinking water due to which it turns yellow and can neither be used for drinking or any other purpose. People have lodged complaints many times with the Municipal Corporation, but no action has yet been taken to provide pure drinking water.

The protest was hosted at Sanjay Residences where the protesters told that polluted water is resulting in various diseases also like jaundice and diarrhea. The pipeline is over a decade old and either need to be repaired or replaced. The Municipal Corporation hasn’t cleaned the water supply tanks also. Protesters said that if the Municipal Corporation does not take any steps by Tuesday, a bigger protest will be hosted outside its office.