The development work of the parallel drainage system alongside Yamuna is underway in Vrindavan. After the State Government approved the project last month, the work has already started to construct the drainage system in order to prevent sewers from flowing into the Yamuna.

Jai Krishna Das Babaji (President of Yamuna Rakshak Dal) informed our correspondent that even after the approvals, the development pace of the project was very slow. He had recently been in Delhi where he discussed the issues with bureaucrats and ministers. Akhilesh Yadav gave the approval for this project last month on April 12, after which the city administration was instructed to start the work, but no action was taken for about a month. Last month, Chief Secretary, Mr. R. D. Paliwal also announced the construction work for the parallel drainage system.

Industrial waste from the Kosikalaa and Chata areas is also being discharged into the Yamuna through the Kosi drain against which the Yamuna activists had been fighting for long. After the continuous efforts, the State Government approved the project which will include the construction of parallel drainage system along Yamuna in Vrindavan.

This will be 20 kilometers long with a capacity of 8 MLD. It will start from the sewer treatment plant near Pagal Baba temple and go alongside Yamuna. A Special Task Force has also been formed to keep a check on the development. Apart from that, the other side of the river is also being developed to have a park and small forested area for visitors.

Jay Krishna Das Babaji told our correspondent that this is just a beginning to revive the lost glory of the river. He said that after his visit to Delhi, the sewers in the city has also stopped flowing into Yamuna but they will keep fighting till they doesn’t get the pure water of Yamuna from Hathanikund. Couple of months back, around 80 sewer lines were flowing in Yamuna in Delhi and 24 in Mathura-Vrindavan area. 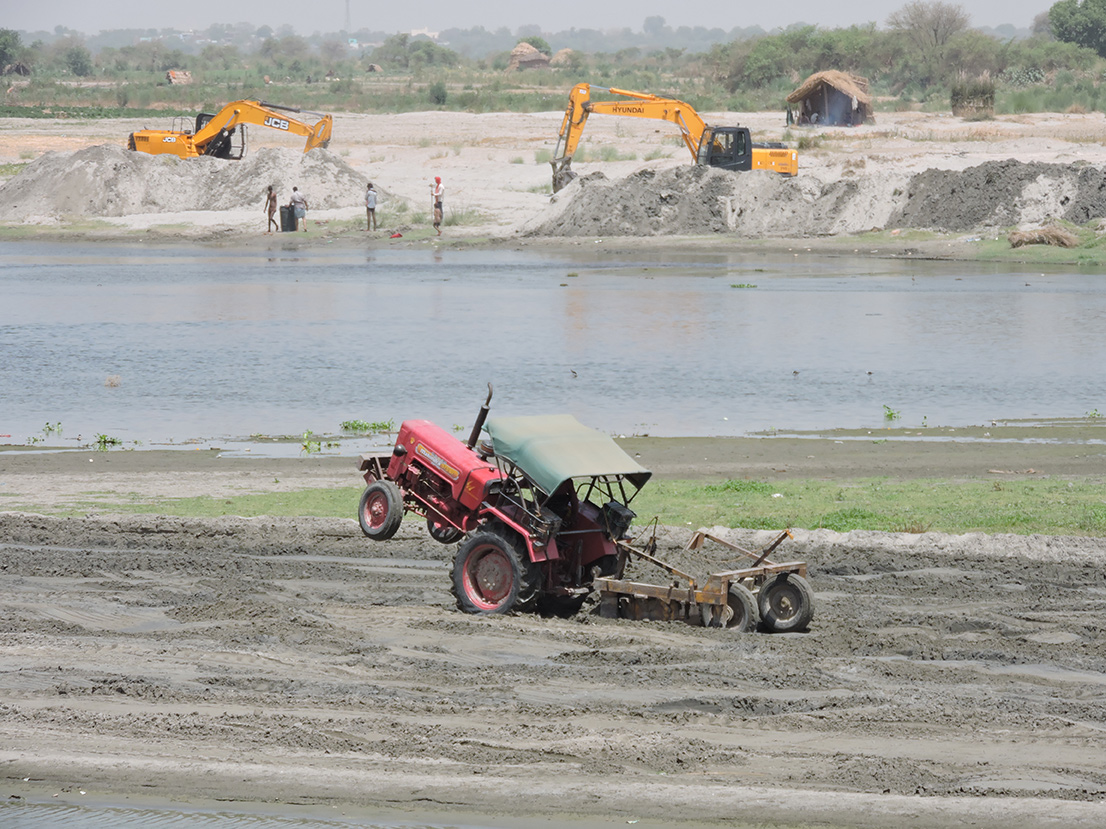