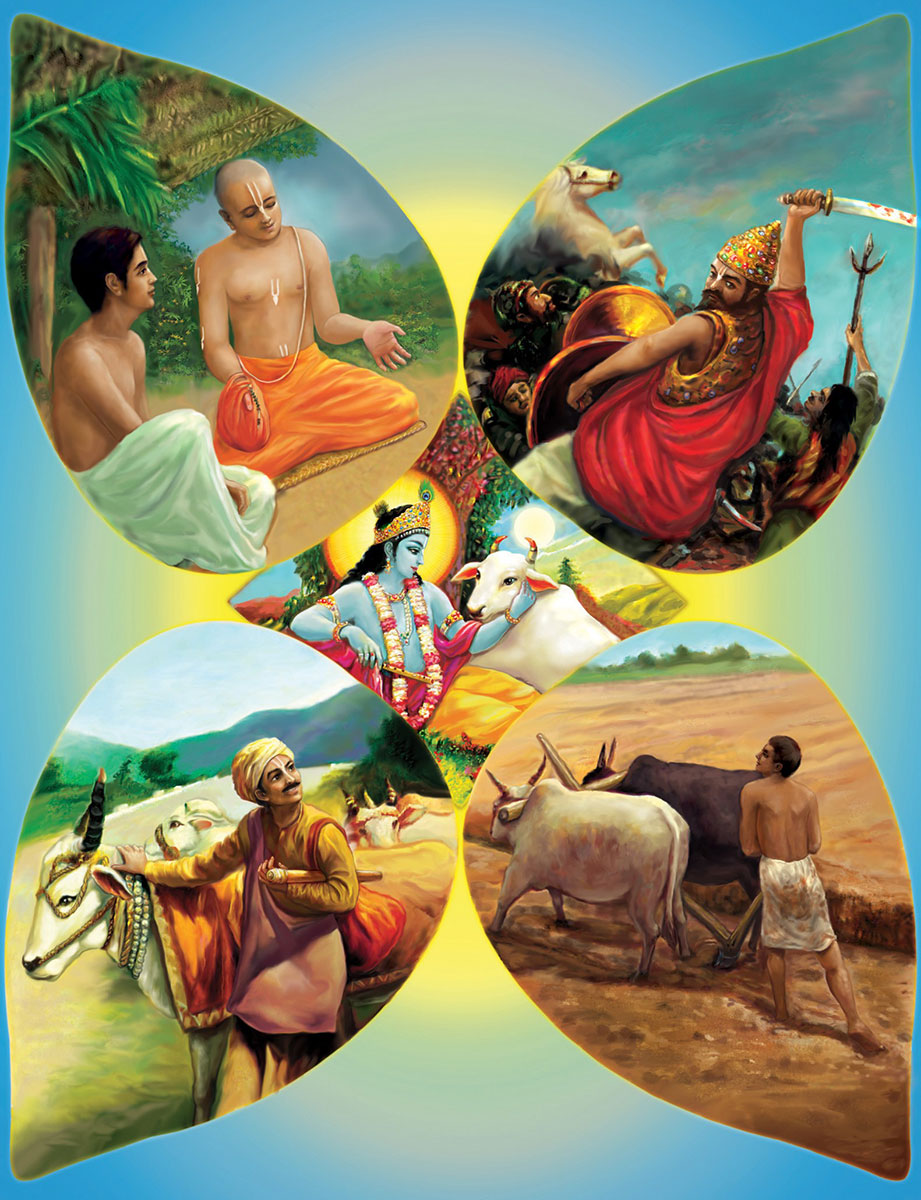 Casteism in India has gotten a lot of criticism, and rightly so. The way casteism is at present should not even exist. We should throw it out. Casteism as we find it today is now nothing more than a misrepresentation and misinterpretation of a legitimate and progressive Vedic system known as varnashrama. However, we need to know the difference between the two, then get rid of present-day casteism to again utilize the genuine and liberal form of social organization, known as varnashrama.

WHAT CASTEISM IS TODAY

The casteism that we find today says that if you are born in a family of a certain classification, then you are of the same class with little possibility of changing. It dictates that your social order, occupational potential and characteristics are the same as your parents, which is a label that may have been placed on a family hundreds of years ago.

In the Vedic system, there were four basic classifications. There were the Brahmanas (priests and intellectuals), the Kshatriyas (warriors or Soldiers), Vaishyas (the merchants or businessman), and the Shudras (common laborers, musicians, dancers, etc.).

Casteism says that if you are born of a Brahmana family, then you are a Brahmana, no matter whether you truly exhibit the genuine characteristics of a Brahmana or not. It is as if when one is born in a doctor’s family, the child is also considered a doctor.

However, anyone knows that to become a doctor requires the proper training and perception to see if the child will be a qualified doctor or not. Just being born in the family of a doctor does not mean that the children will also be doctors, although this may help. But they surely are not doctors merely by birth. Training and intelligence must be there. And before training, there also must be the proclivity, tendency, and attraction to even be a doctor. Without that, no amount of training will be of much use because the student will still not want to be, or qualify to be a doctor. Therefore, this form of modern day casteism is useless.

WHAT IS THE ORIGINAL VEDIC SYSTEM CALLED VARNASHRAMA

The original Vedic system called varnashrama was legitimate and virtuous. It was meant for the progressive organization of society.Varnashrama is the Vedic system that divides society into four natural groups depending on individual characteristics and dispositions. Everyone has certain tendencies by their own natural inclinations and choice. These inclinations are also seen in one’s occupational preferences. These activities are divided into four basic divisions called varnas.

Varna literally means color, relating to the color or disposition of one’s consciousness, and, thus, one’s likelihood of preferring or showing various tendencies for a particular set of occupations. This would be determined not by one’s birth, but by one’s proclivities as observed by the teachers in the school that the student was attending.

For example, there are those who prefer to offer service to society through physical labor or working for others, or through various forms of expressions likedance and music (called Shudras); those who serve through agriculture, trade, commerce, business, and banking or administrative work (Vaishyas); those who have the talents of leaders, government administration, police or military, and the protection of society (Kshatriyas); and those who are by nature intellectuals, contemplative, and inspired by acquiring spiritual and philosophical knowledge, and motivated to work in this way for the rest of society (the Brahmanas).

It was never a factor of whether a person had a certain ancestry or birth that determined which class was most appropriate for him or her, although being born in a particular family or tribe would give a natural likelihood to continue in the same line of activity.

Ashramas divided society for spiritual reasons. These were Brahmacharya (students), Grihasthas (householders), Vanaprasthas (the retired stage, at which time a person begins to give up materialistic pursuits and focus on spiritual goals), and Sannyasa (those who were renounced from all materialistic affairs, usually toward the end of their lives, and completely dedicated to spiritual activities). This provided a general pattern for one’s life in which people could work out their desires and develop spiritually at the same time.

The ashramas divided an individual’s life so that a person could fulfill all of one’s basic desires as well as accomplish the spiritual goals of life. Only according to one’s qualities, tendencies, and traits, usually as one grew up in school, was it determined which varna was best for that person. And then he would be trained accordingly to do the most suited work that fit his qualities, much like the way counselors work with students in schools today.