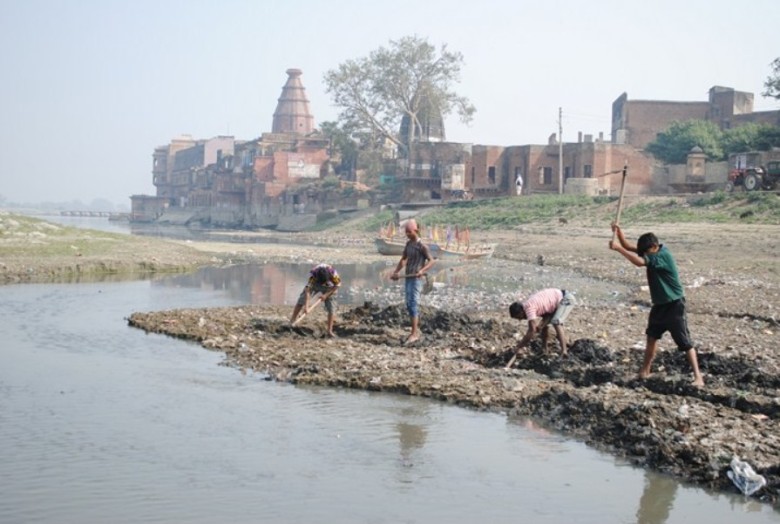 The hearing for the the garbage dumping along side Yamuna and of illegal encroachment will happen today at National Green Tribunal (NGT). Local commissioner went to the river front to collect proof but even after that, locals are dumping garbage on the Yamuna river bank.

Petitioner Madhumangal Shukla reported the burning of garbage in open and dumping of garbage on Yamuna riverfront. NGT responded to this petition by deploying Rahul Khurana as the local commissioner to Vrindavan on March 23rd. Mr. Khurana along with Mr. Ram Aasre Kamal (EO of Municipal Corporation) and petitioner visited the trenching ground at Mont road and Shringaar ghaat apart from other places, to get to know the real sitiuation and found that the information by the petitioner is right. Though Rahul Khurana failed to submit his report on the last hearing on April 7, because of which the new date of hearing is now today.

Commissioner will submit the evidences he has taken along with the photographs and detailed report. The Municipal Corporation has also started taken some initiatives after the continuous hearing and pressure generated by NGT. Burning and dumping of garbage in open and on the river front is prohibited. But even after that, people are throwing garbage on Yugal ghaat alongside Yamuna. People staying in the illegal colonies along side Yamuna also bribe the sweepers from Municipal Corporation to dump the garbage in the trenching ground. Garbage is also being burned in open even after the prohibition.