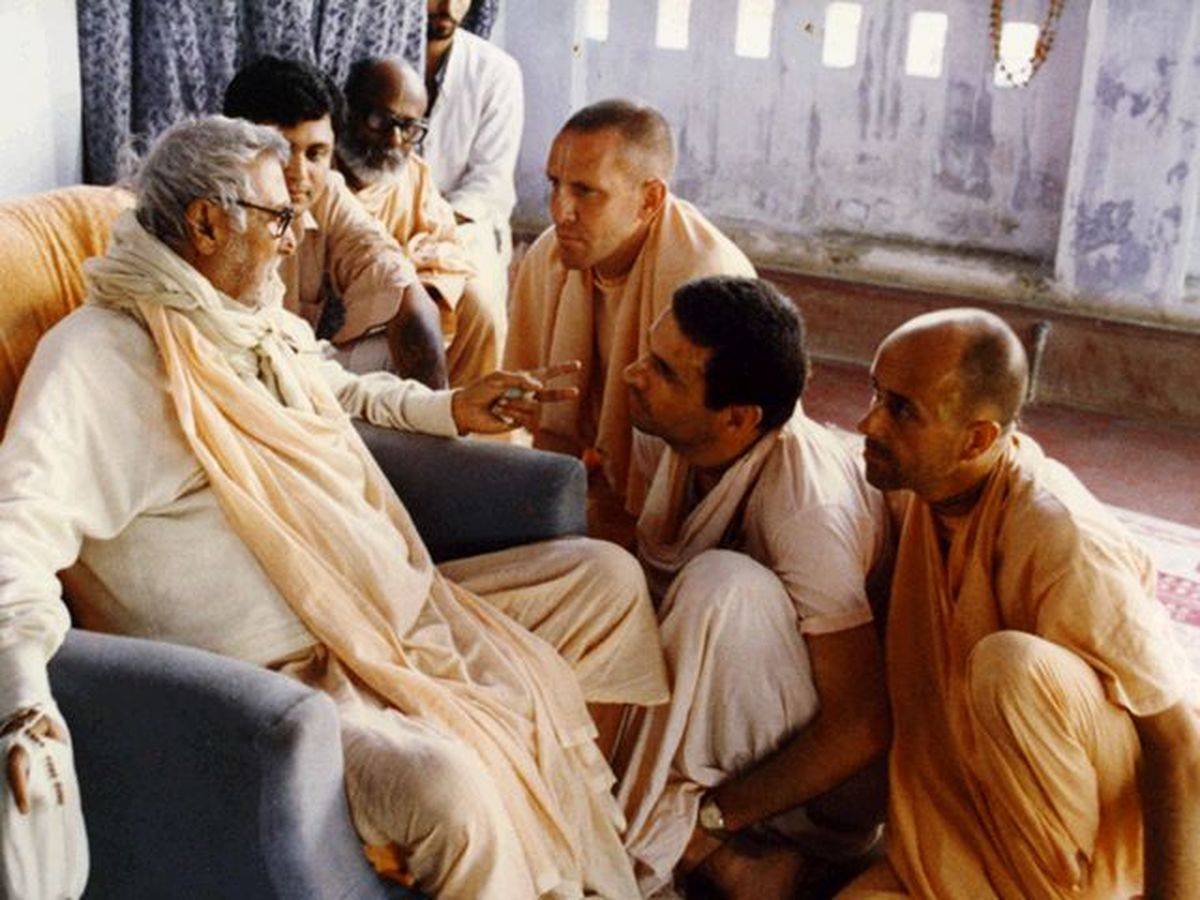 Srila Sridhara Swami: Not only Bhagavatam. That presupposes Bhakta Bhagavatam also. Sadhu-sanga and Nama-kirtana, these are the best. When there is want of sadhu-sanga, want of living scripture, then there is passive scripture (Bhagavatam).

With the association of the sadhu, we want to chant the Lord’s Name and when the sadhu is not available, then of course with scripture, sastra.

“(1) Associating with sadhus. (2) Chanting the Lord’s Name. (3) Hearing the scriptures of pure devotion. (4) Residing in a holy place. (5) Faith­fully serving the Lord’s Deity. These five are the best of all the limbs of devotional practice.” (Sri Caitanya-caritamrta, Madhya 22.128)

And if only one is to be accepted, then it is Nama-kirtana. Kirtana means to chant loudly, and that presupposes that with the company of someone or in congregation we will chant. So, sankirtana. Srila Jiva Goswami Prabhu has given this interpretation of sankirtana:

To talk about Krishna not alone but in a group is sankirtana. But Srila Bhaktivinoda Thakura also warns:

“Don’t join any type of imitation sankirtana. At least one leading man must be there who is a suddha-bhakta (pure devotee). When there is cholera or the great epidemic, some people want to go on with nama-kirtana but that is aparadha (offensive). They want the Name, the Lord, Hari, to remove all inauspicious things from the world. That is sakam (interested) chanting. That is aparadha. A suddha bhakta, a pure devotee, will not associate when such sankirtan is going on. So, at least one pure devotee must be in the group, then one can join the sankirtana.”

In this way, Srila Bhaktivinoda Thakura has warned that there must be guidance under a pure devotee, who is nirguna, who does not want anything mundane, but only the grace of Hari. That type of vibration must be present there, and that will help me in my subtle-most plane of self, my nirguna aspect, and awaken me.