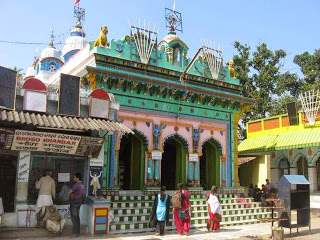 Srila Madhvendra Puripad, a devotee of Supreme Lord Sri Krishna once visited Remuna, a place in Orissa. During his visit to place he went for an audience (darshan) of Sri Gopinath deity.

Seeing the beautiful image of Lord Gopinath in Remuna, Srila Madhavendra Puri was overwhelmed with love, and started singing His names and danced for some time in ecstasy. He asked one of Lord Gopinath’s Brahmin servants what foods were offered to the deity. The Brahmin answered: “In the evening we offer Sri Gopinath twelve bowls of amrit-keli, a thickened milk preparation that is like the nectar of the gods. It is famous everywhere as Sri Gopinath’s khira, and no offering anywhere in the world is its equal. As the Brahmin spoke, other servants of Lord Gopinath started to make the amrita-keli offering to their deity. Srila Puri thought that if he could just get a taste of this preparation, he would be able to one day make it himself and offer it to his own Lord Gopal. However, this very thought shamed him, as it is improper to desire the food intended for the Lord. After watching the arati ceremony, Srila Madhavendra went outside and sat in the empty market-place, chanting the Holy Names.

In the meantime, the pujari had finished his duties and was taking rest when he had a vision of the deity in a dream telling him, “Get up! Open the door. I have put a bowl of amrit-keli khira aside for the sannyasi. It is hidden behind the pleats of My dress. You did not see Me put it there because of My power (maya). The sannyasi, whose name is Madhava Puri, is sitting in the marketplace. Quickly take this khira to him.”

The pujari was startled by the dream and immediately got up. He bathed, opened the door to the altar and found a bowl of the khira behind the deity’s cloth, just a he had been told. He took the bowl and went to find Srila Madhavendra Puri. He wandered through the market, shouting, “I have khira here for Madhava Puri. Lord Gopinath has stolen it for you. Take it and eat it with joy, for there is no person as fortunate as you in the three worlds.”

When Srila Madhavendra heard the pujari shouting in this way, he approached him and identified himself. The pujari gave him the khira and then fell at his feet.. He recounted the whole story to Srila Madhavendra sending him into paroxysms of divine love for Supreme Lord Sri Krishna. He respectfully ate the prasad and then, after washing the clay bowl, broke it into many small pieces and wrapped them up in his outer garment. Each day thereafter, he would eat a piece of the clay bowl and once again feel the same ecstatic love.

Knowing that word of this miracle would spread by morning, Srila Madhavendra Puri became fearful of the celebrity that would inevitably befall him and the crowd of people that would then surround him. So, he paid his obeisance to Lord Gopinath and left for Puri before dawn. 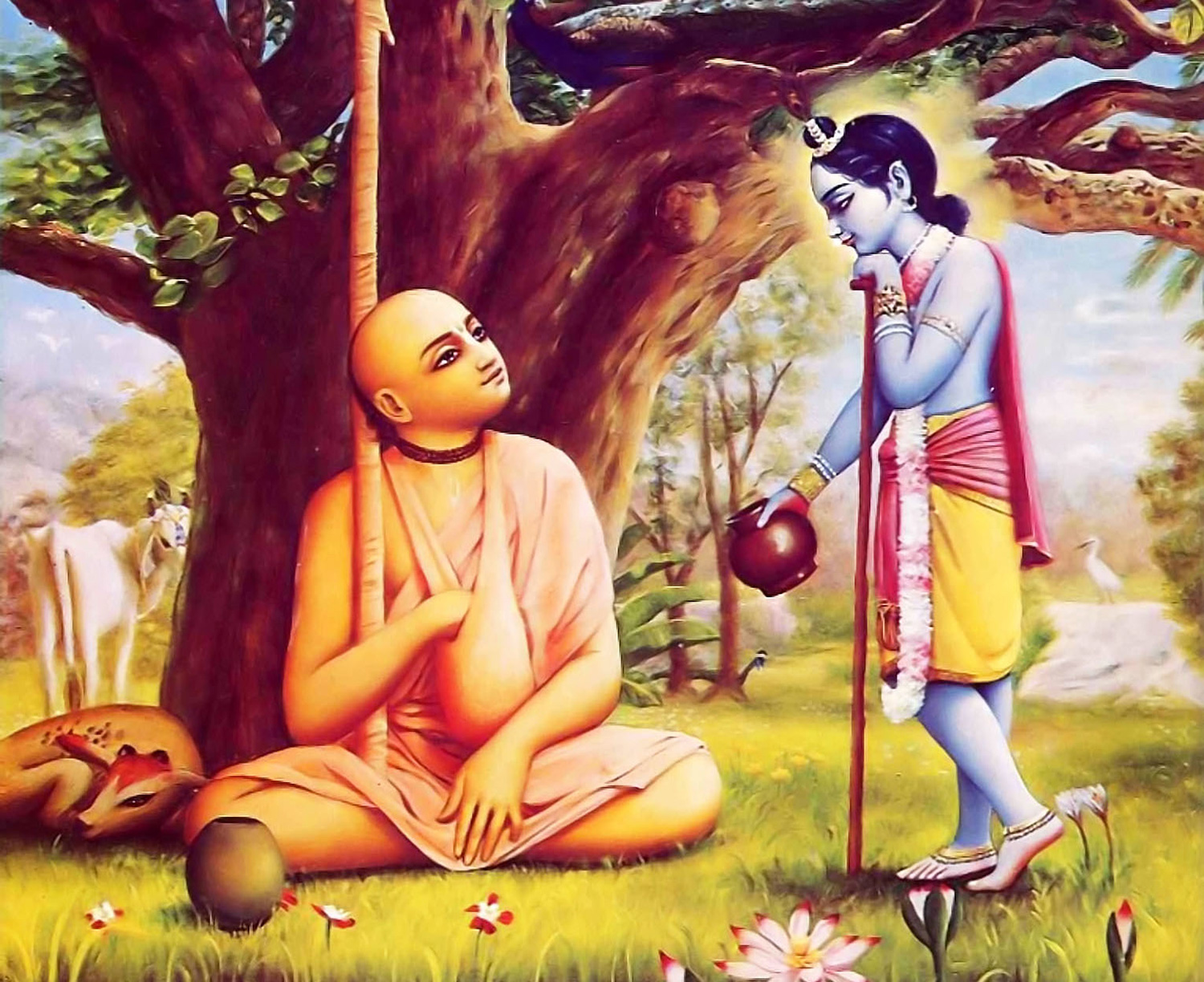