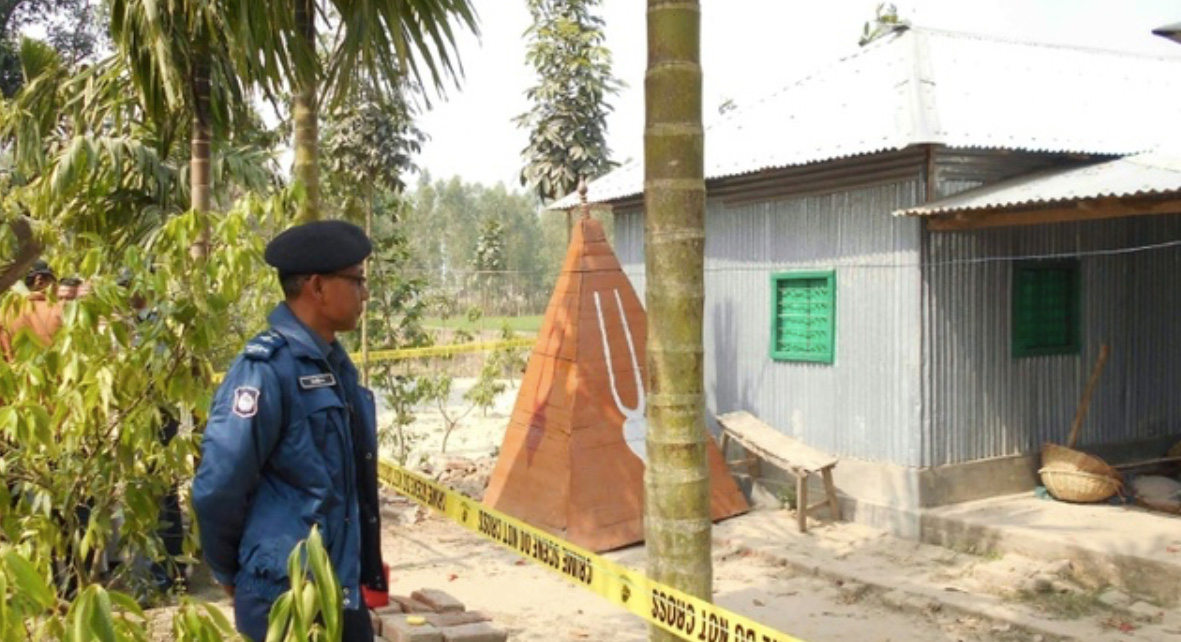 A top Hindu priest was decapitated by ISIS militants inside his temple just before morning prayers in Bangladesh. Two attackers armed with pistols and cleavers ambushed Jogeswar Roy, 45, the head priest of Sri Sri Sant Gourio Math, at his home in the temple. Two devotees were wounded including one who was shot as he tried to save the priest in the attack in the sub-district of Debiganj on Sunday morning.

Shafiqul Islam, a government administrator, said: ‘The priest was preparing for morning prayers when they pounced and slit his head from the body at the verandah of his home in the temple. ‘We recovered a blood-stained cleaver from the spot.’ The terror group claimed responsibility in a communique posted by the ISIS-linked Amaq News Agency on Twitter, according to the SITE Intelligence Group, which monitors online jihadi activity.

The claim could not be independently verified.  The motive for the murder was not clear but police said Islamist militants were among those suspected as being behind the killing.

District police chief Gias Uddin Ahmed said police had launched a hunt for the attackers and security checkposts had been set up across the district. ‘The Jamayetul Mujahideen Bangladesh (JMB) is also in our list of suspects,’ Ahmed told AFP news agency. 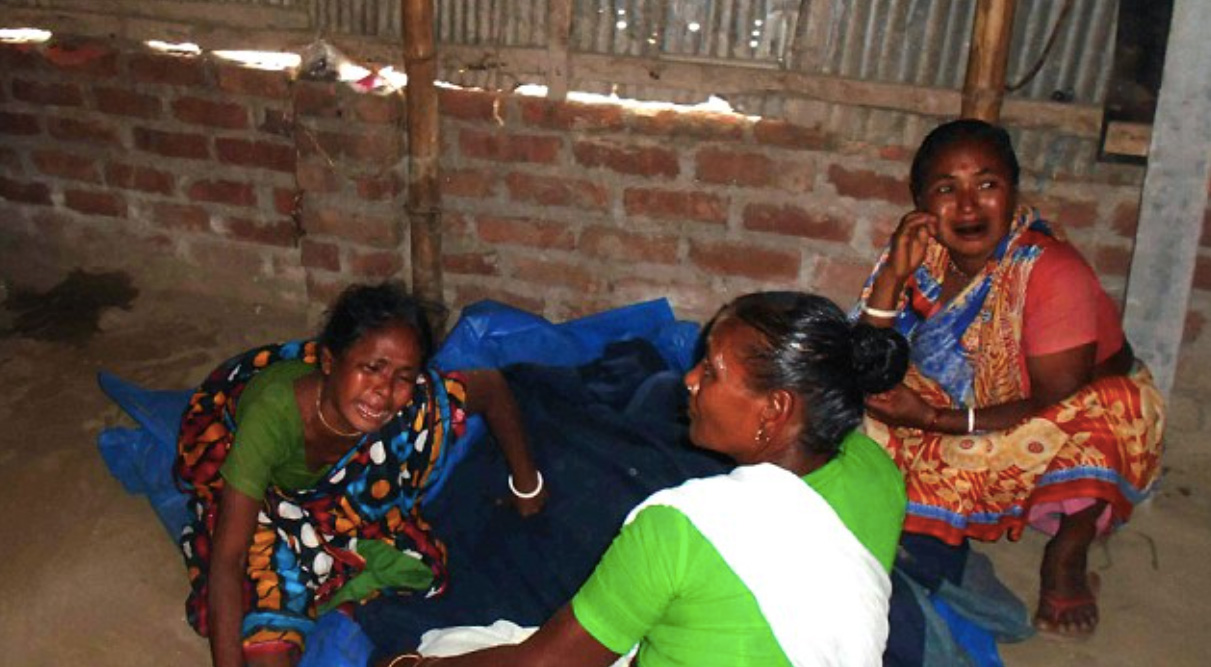 The banned group is believed to have been behind an attack on an Italian Catholic priest in the neighbouring district of Dinajpur late last year. Bangladesh has seen an upsurge in attacks on minorities including Shi’ites, Sufis, Christians and Ahmadis by Islamist militant groups. The government rejects the ISIS’s claims of responsibility for several recent attacks, including the shootings of two foreigners. Prime Minister Sheikh Hasina’s secular government instead accuses the JMB, other local militant groups as well as the Islamist-allied political opposition of trying to destabilise the country. Hindus, the country’s largest minority, make up nearly 10 per cent of Bangladesh’s 160 million people.