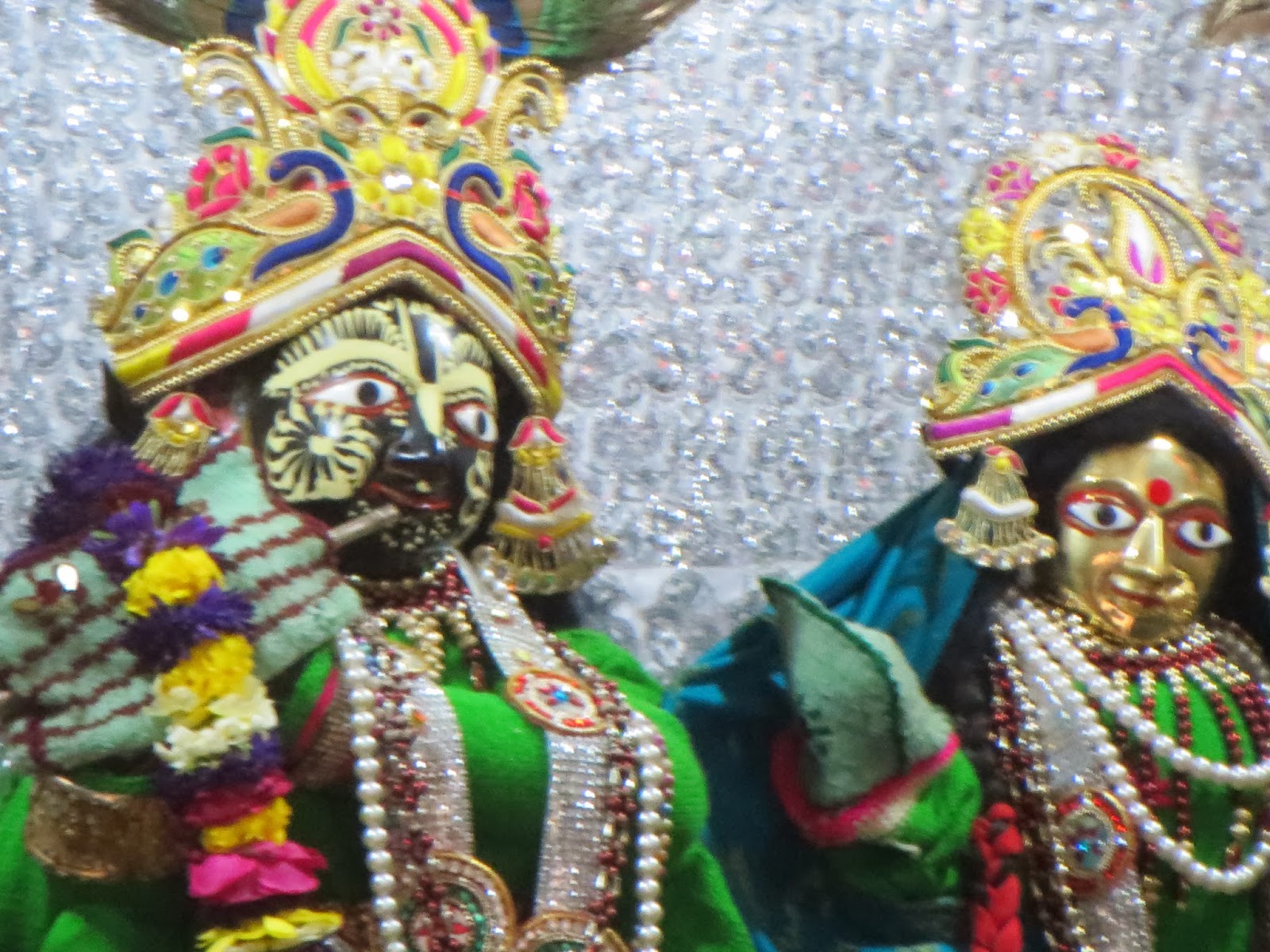 Srila Jayadev Goswami used to serve His deities Sri Radha-Madhav in a trance of divine love. It is said that just as the devotee dedicates himself to the Lord, the Lord also dedicates Himself to His devotee.

One ay, as Srila Jayadev was thatching His roof under the merciless, mid-day Sun, Lord Jagannath saw His devotee’s discomfort and decided to help Him quickly finish the work by handing Him the rope needed to bale the straw and removing the finished bundles and placing them on the roof.

Srila Jayadev thought that it was His wife Srimati Pamdvati who was helping Him in this way. But when He came down from the roof after finishing much earlier than expected, He saw no one there. He asked His wife and she told Him that she had been busy elsewhere at the time.

He was curious about what had happened, but struck with wonder when He went into the deity room and saw that Sri Madhav’s hands were black from handling the straw.

He was thus able to understand that His Lordship Sri Sri Madhav Himself, came to help Him thatch the roof.

He fell down before His Lord and started to cry.