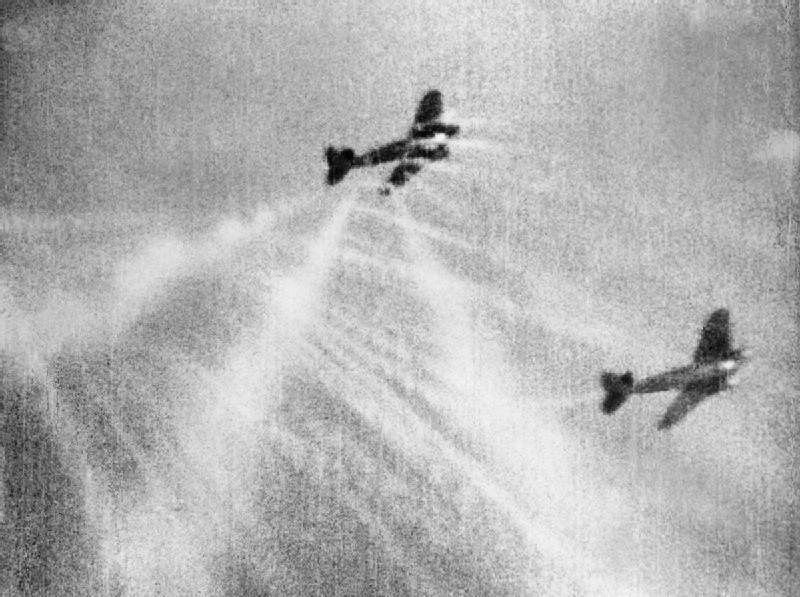 Pilot Nikson was flying his plane and was locating the defense facilities of German army, during World war. He was accompanied by his four colleagues, all from air-force. They entered German air-space and were hiding their plane in clouds. Nikson as pilot wanted clear view of the defense sites, hence took risk of lowering his plane. Suddenly a jolt shook him. His plane was hit. German army was firing at their plane and suddenly plane was in flames.

Mr. Nikson wrote in his biography, ‘I was a firm non-believer in God. I observed that my burning plane was loosing height rapidly and would soon crash. There was no chance of survival. I murmured, ‘If there is any God, save me.’

I went blank after that. I do not know what happened after that. I regained consciousness after a long time. When I recovered a bit, I was told that I remained unconscious for almost 2 months. When I inquired about my colleagues, I was told that somehow the burning plane re-entered the French border and fell with a loud thud. Nothing remained in the place. All were dead. Your pulse was quite slow but running. You were hence taken to Army hospital in Paris and doctors worked very hard to save you. When all were discussing in detail about the crash, I began to re-collect all the minute details of events. Then I recalled how I have murmured, ‘If there is any God, save me’. A shiver ran in my spine and from that day, I had firm faith in God and His existence.’

He continues to write, ‘After I was discharged I began going to church and began inquiring about God from various fathers (priests). I thought that since I know that God exists then I should find Him and talk to Him. I was not satisfied with the answers I got and eventually began reading many holy books. I was still not satisfied. My desire to meet God increased day by day. After all He saved me that other day and I should meet my savior. I was advised to visit India to learn further about God. I was informed that sages of ancient India had researched deeply into this topic. I resigned from the Royal Air Force, and came to India to research on God.’

The same pilot Nikson came to India. His complete name was Ronald Nikson and became known as Professor Nikson in the Lucknow University. He was acquainted with Dr. Gyanendra Nath Chakravarty (Vice-Chancellor) as they had met in England earlier and became good friends. Dr. Gyanendra appointed Professor Nikson in the English department of Lucknow University.

Sri Krishna says in Gita that I help those, who look for Me, sincerely.

Wife of Dr. Chakravarty , Srimati Manika Devi was a devotee of Sri Krishna. She taught and explained various Indian scriptures namely Srimad Bhagavad Gita, Upanishads, Vedant and Srimad Bhagavatam and eventually initiated him and re-named him as Sri Krishna-prem. The same Professor Nikson established a centre at Mirtola (about 14 miles from Almora in the state of Uttar Pardesh) under the name ‘Uttar Vrindavan’. It is said that he realized the Supreme Lord here and used to talk to the Lord. Thus Lord fulfilled his desire.