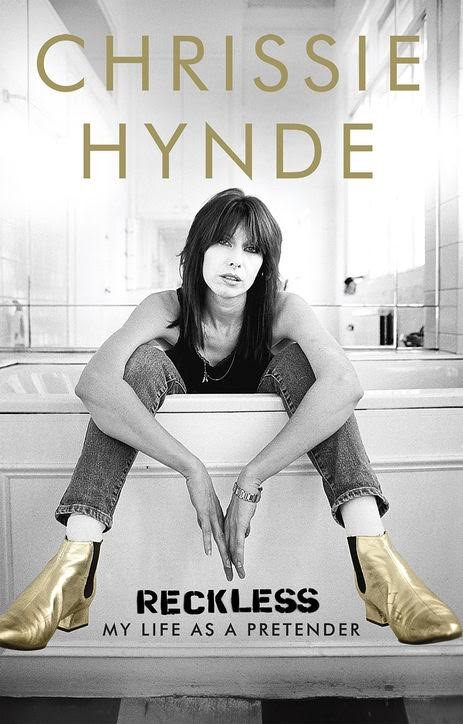 Chrissie Hynde, lead singer, songwriter and rhythm guitarist of the legendary rock group The Pretenders, has just published her memoir entitled “Reckless: My Life as a Pretender.” In her book, Ms. Hynde writes candidly about her “sex, drugs and rock ‘n’ roll” lifestyle. Despite so much excess in her youth, Chrissie Hynde has gone from reckless to Krishna conscious. While describing her rebellious teenage years growing up in suburban Akron, Ohio, she states the following:

“Even posters were a new thing, formerly the domain of Hollywood, show business and the circus. Now, any bedroom could be transformed into a hippie palace with a few posters, lava lamps and a radio. Black light optional. When we weren’t out watching local bands, of which there were at least a few in every city in America, we congregated in hippie pads, dorm rooms or biker hangouts, surrounded by antiwar slogans, ‘Hallelujah the Pill!’ freelance posters and psychedelic multi-band concert announcements from places like Fillmore West and the Avalon Ballroom. Posters that promised spiritual healing, poetry and rock music: 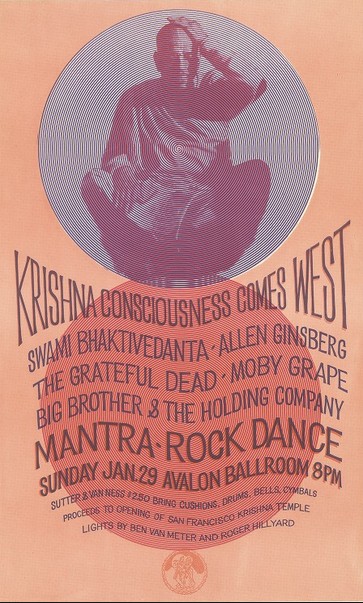 After describing a hard-fought climb to the pinnacle of success in the male-dominated world of rock ‘n’ roll superstardom, Chrissie Hynde reflects thoughtfully in the final pages of her epilogue:

“I think it’s easy to see that the moral of my story is that drugs, including tobacco and alcohol, only cause suffering … Philosophically, I’ve kept an ongoing relationship with the Bhagavad Gita, the glory I bask in, always finding answers for everything and solace.”

This is not the first time Ms. Hynde has extolled the virtues and glories of the Gita. In an interview with The Guardian newspaper on September 14, 2014, she commented:

“My favourite book is the Bhagavad Gita. It’s a 700-verse Hindu scripture and I love the verse that says your mind can be your best friend or your worst enemy. You can either pull yourself down or lift yourself up.”

In December of the same year, the travel magazine, Conde Nast Traveller, asked Hynde what she packs first when going on a trip or vacation. She replied:

“A copy of the Bhagavad Gita, which is considered the jewel in the crown of Vedic literature. It’s just a good book to have on hand; you can read a passage of it every morning and it’s quite illuminating. It’s something I’d never like to leave home without — well, that and my American Express card.”

And closer to home, Ms. Hynde has written a preface to Ranchor Prime’s book, “Cows and the Earth: A Story of Kinder Dairy Farming,” promoting cruelty-free farming. She also helped to launch the book by making an appearance with Ranchor in London along with two of Bhaktivedanta Manor’s oxen, Sukadeva and Sahadeva.

If that isn’t enough, Chrissie Hynde is famous for her animal activisim around the globe. She has attended and led demonstrations against animal cruelty on a number of continents and has even been arrested more than once for her fearless protests against meat-eating, slaughterhouses, Indian leather products and other forms of animal abuse.

Chrissie Hynde is no shrinking violet and no stranger to controversy, but she always speaks her truth with boldness and conviction. Ms. Hynde is a force to be reckoned with, and a modern day spiritual hero.